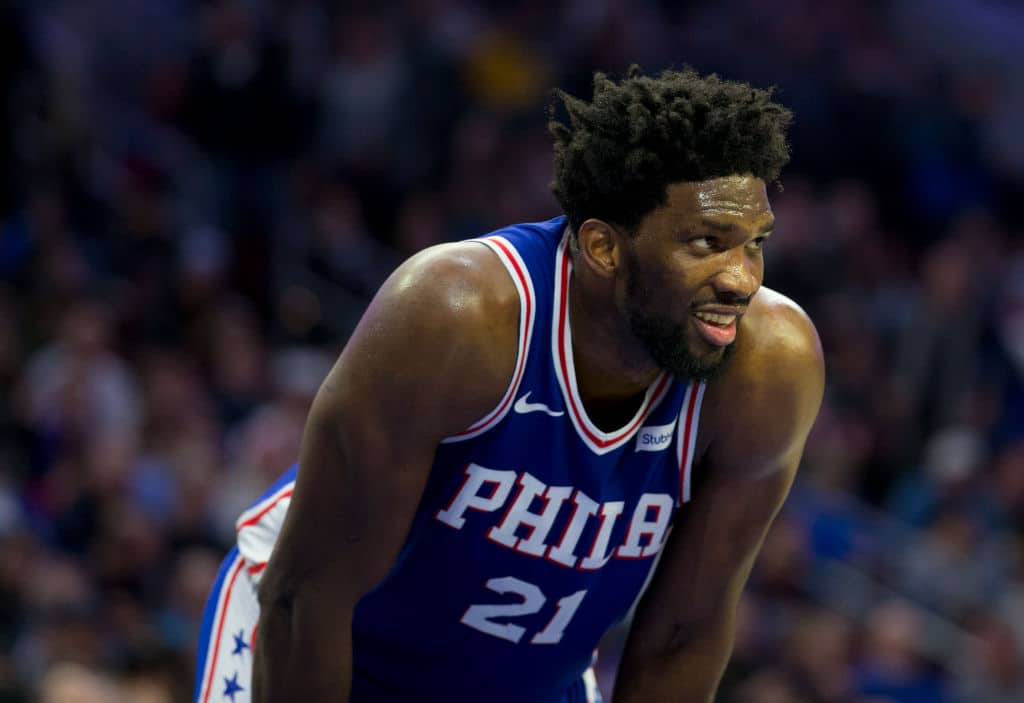 Joel Embiid says he does not enjoy shooting three-pointers, and that he only hoists them up as a result of the spacing created by the Sixers’ offensive schemes.

After attempting at least one 3-pointer in his first 31 games this season, Embiid didn’t take a single one against either the New York Knicks on Wednesday or the Toronto Raptors in Philly’s 126-101 rout Saturday night.

New ESPN story: After expressing frustration over being a floor spacer and saying “I don’t like shooting threes,” Joel Embiid is back to being a bully in the post – and it is paying dividends for both him and the Sixers. https://t.co/PJZAXoZHER

The big fella recently expressed frustration having to spend so much time behind the arc, and has vowed to play closer to the hoop.

“I don’t like shooting 3s,” Embiid said. “I only do it because of the spacing that we have, and sometimes I have to take them. I have to be on the perimeter, just getting guys open, because of all the attention that sometimes it seems are presented to me.

“I don’t like shooting 3s. I only do it because I got to make it work, but the last couple games, mainly the last two games, my mindset has been, if I’m on the perimeter, it doesn’t mean that I have to shoot 3s. Even if I’m wide open, I think I had a couple of opportunities tonight and last game against the [New York] Knicks where I could’ve shot it, but I took one dribble and I took a midway shot.

“That’s what I’m comfortable with, and it’s working.”

His cold shooting from the perimeter is also preventing Embiid from doing something he says he should be doing every single game: shooting over 50 percent from the field. The past two games, he’s shooting 62.5 percent.

“I feel like my efficiency is getting back to where it should be,” Embiid said. “Part of the problem that I see with myself is, I should never shoot under 50 percent and I do it a lot.

“It’s all about getting my efficiency back and I feel like shooting 3s had a lot to do with me shooting under 50 percent.”