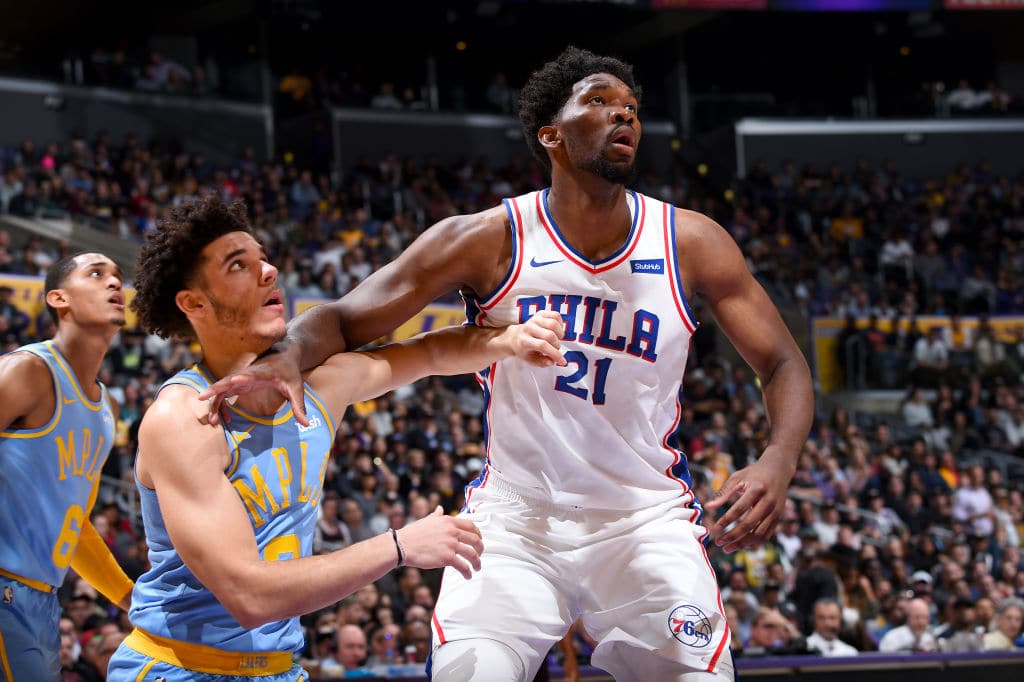 Joel Embiid put up an insane statline of 46 points, 15 rebounds, seven assists and seven blocks against the Los Angeles Lakers on Wednesday night, leading the Philadelphia Sixers to a 115-109 win.

#Sixers Joel Embiid was first player in NBA history with at least 46 points, 15 rebounds, seven blocks and seven assists in a game. He was first Sixer with at least 40 points since Allen Iverson had 45 in 2006.

Embiid became the first Sixer since Allen Iverson in 2006 to score at least 40 points.

“I was just playing basketball basically,” Embiid said of being in a groove. “They just kept throwing the ball to me in the post. And I kept finding new ways to score the ball and I went to the free-throw line. That’s where I was best at last year. I felt like today I did a great job.”

The Eurostep and Hakeem Olajuwan’s ‘Dream Shake’ were two of the many moves he used to score against the Lakers.

“I wish I could have had a quadruple-double with blocks, shoutout [Miami Heat center] Hassan Whiteside,” Embiid said. “But like I said, I just went out there and played basketball and played the right way. I wasn’t forcing nothing, Playing with my teammates, passing the ball.”