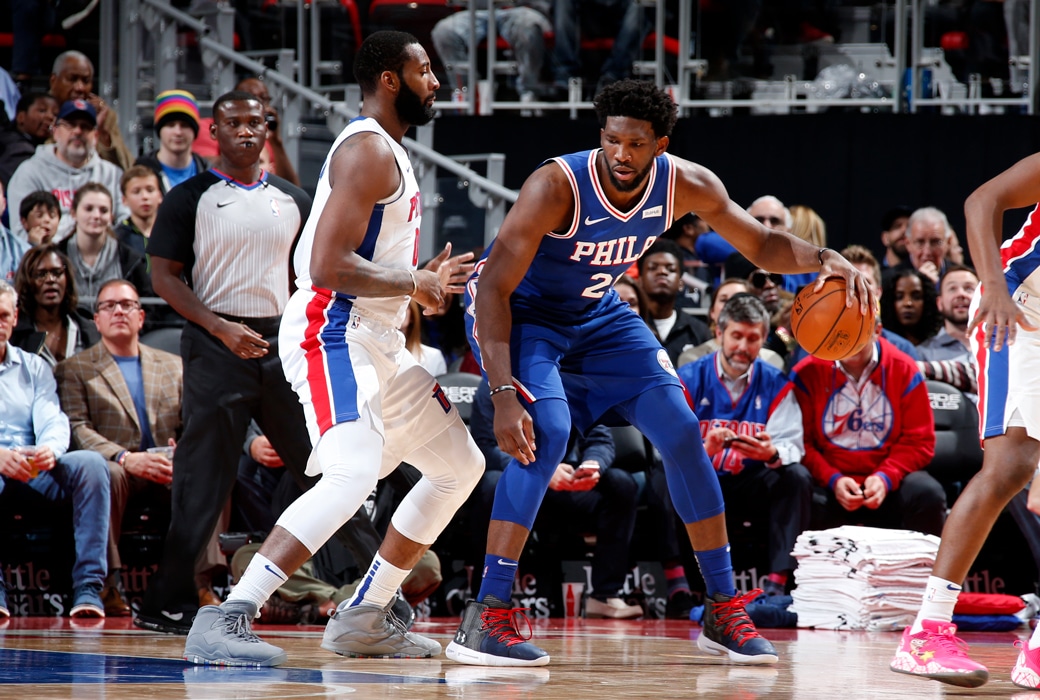 Sixers big man Joel Embiid received a warning from the NBA for violating the anti-flopping rule in an incident with Andre Drummond on Tuesday night.

Embiid’s flop resulted in Drummond receiving his second technical foul and therefore being ejected from the game:

This flop by Joel Embiid got Drummond ejected 💀💀💀 (via @sportscenter)

Behind 50 points from Blake Griffin, the Pistons went on to get the win in overtime anyway.

Afterwards, Embiid told reporters that he “owns a lot of real estate” in Drummond’s head.

Can’t wait for the rematch.