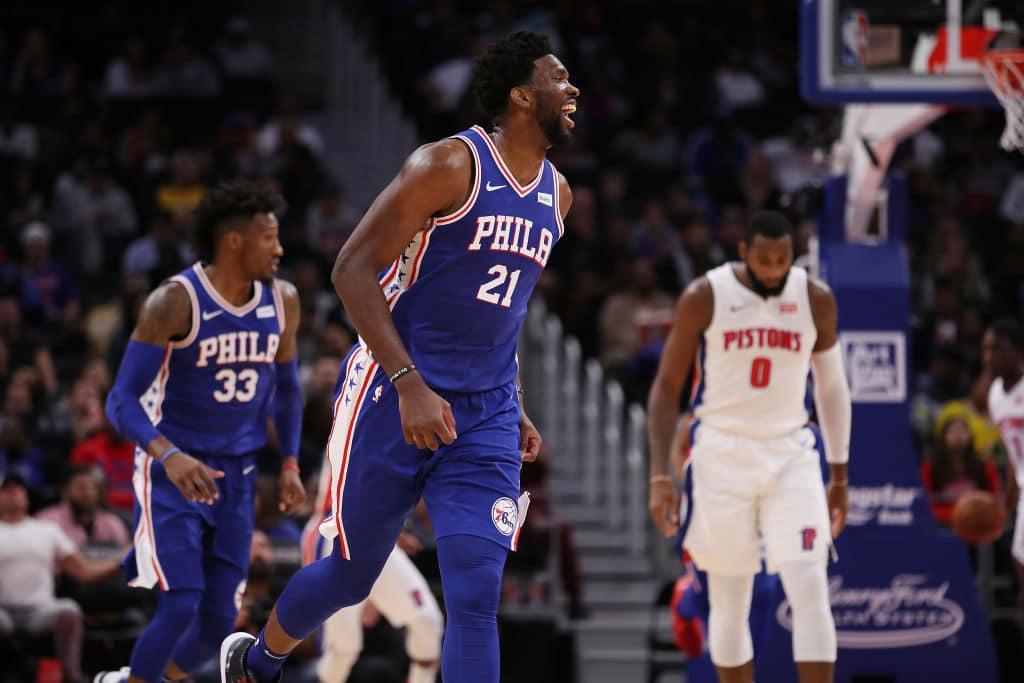 Lol does he? If that’s so he wouldn’t be so excited to have me off the floor? Think about it that’s a silly statement ! I’ll take the W though enjoy flight home #Emmyaward winning actor

Embiid made the comment following an egregious flop Tuesday night that got Drummond booted out.

The Detroit Pistons, behind a career-best 50-point performance from Blake Griffin, hung on for a 133-132 overtime win.

#Sixers can’t overcome @blakegriffin23, #Pistons in another game where @JoelEmbiid’s battle with @AndreDrummond was a hot “trash talking” topic. https://t.co/btDpumGyHt via @phillydotcom

Embiid had just scored to put the Sixers up, 120-118. His flop after the play caused Drummond to be ejected. Embiid acted as if Drummond had hit him in the face, and fell to the ground. It was Drummond’s second technical foul.

“The whole game there were a lot of cheap shots taken,” Embiid said of Drummond. “The next one [referee] Tyler [Ford] said he was going to get a technical foul.”

Embiid said all he was doing was just talking and trying to win the game.

“Obviously, on the second [technical], you can see that he hit me and his hand actually touched my face,” he said. “So that’s his problem.