John Wall Didn’t Believe Wizards Were Better Without Him 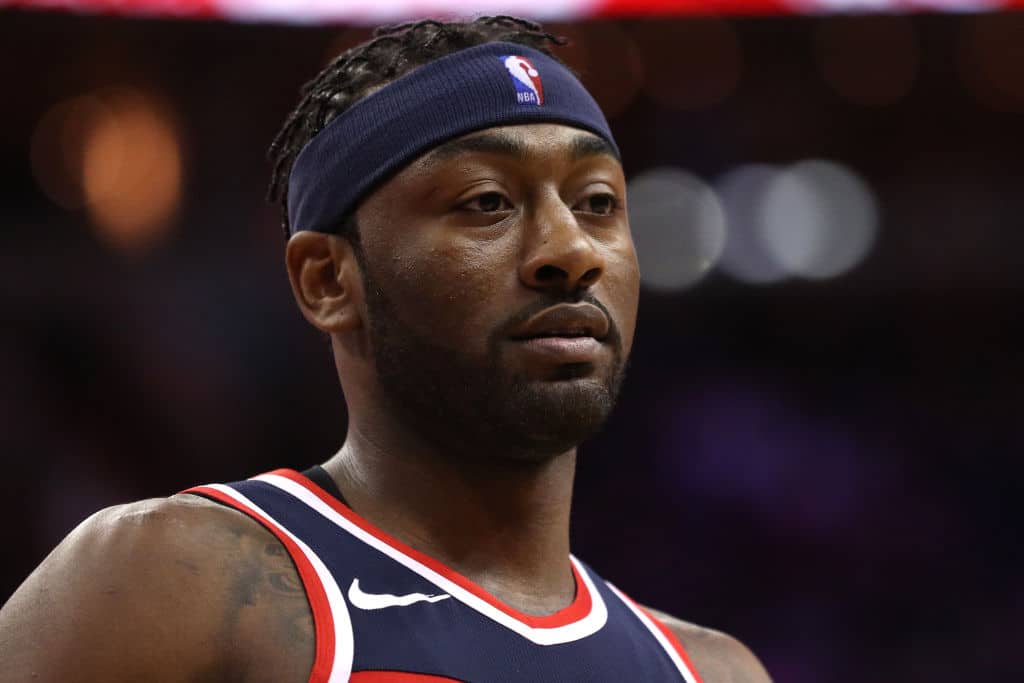 John Wall rejoined the Wizards’ lineup Saturday after missing more than two months, scoring 15 points and handing out 14 assists in a 107-93 win against the visiting Charlotte Hornets, and re-affirmed that Washington is an obviously better team with him on the floor.

John Wall spoke to @YahooSportsNBA about his return from a two-month absence, the frustration of the better-without-Wall discussion, the Wizards' playoff chances & why he decided to bring back, "Crazy J." https://t.co/7MBGjPYl3Z

Wall, 27, says it was frustrating to hear critics—some of them in his own locker room—suggest the Wizards were playing more unselfishly with him in street clothes.

The five-time NBA All-Star grew out his hair during his long rehab stint, and says he’s going back to his “Crazy J” days (a moniker he earned in high school.)

“Frustrating for me, because of all the hard work I put in to trying to get healthy and stay healthy and then having to deal with another injury that I can’t really control,” Wall told Yahoo Sports. “Cutting, making a play and somebody kneed me and it knocked some cartilage loose. That was the most frustrating part. And then, hearing what everybody else was saying was kind of like, ‘Whoa.’”

Though the better-without-Wall argument started to lose some steam as the team began to struggle in recent weeks, Wall was disappointed that the criticism came after all he had done to elevate the franchise and his reputation around the league.

“I’ve been through it before. This was a lot different. To have just gotten paid to be the franchise guy, and then hearing the team is better, the team is this, the team is that. I didn’t believe that,” Wall told Yahoo Sports. “But all I say is give credit to the guys for playing well because if they didn’t play well, we’d be fighting for the eighth seed right now. We’d be hurting right now. I don’t think a lot of people understand and appreciate that part.”