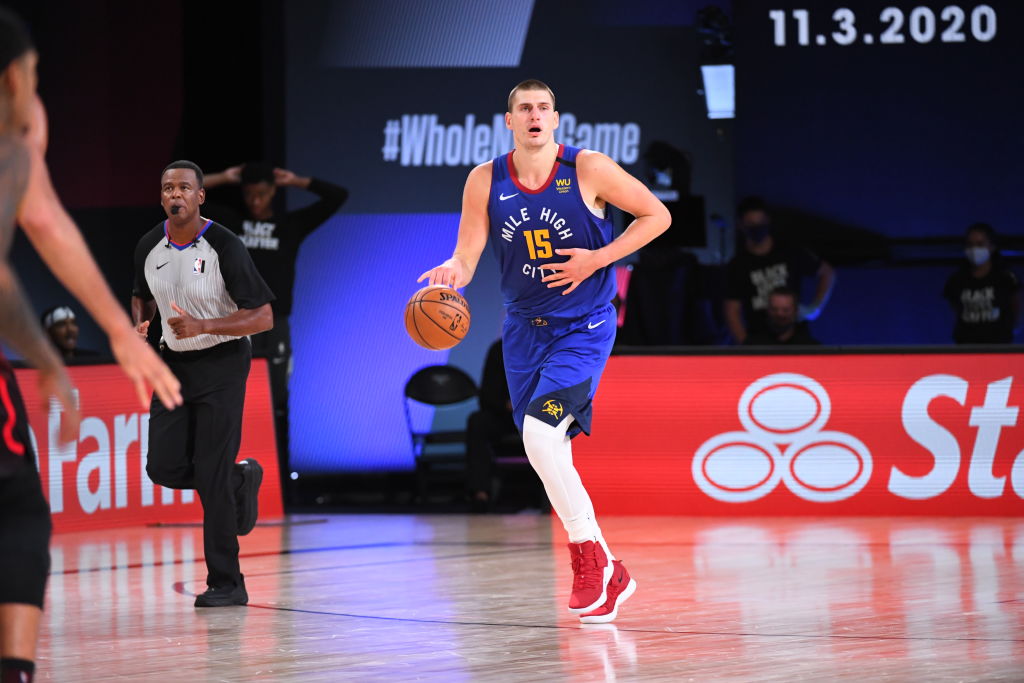 Nikola Jokic is extremely patient on offense. He’s not the fast-paced, explosive player that we see a lot in the NBA. In fact, he’s quite the opposite, and the methodical, visionary style of play has made him an elite playmaker.

Foot speed was actually something that was pinned as a weakness for him coming into the 2014 NBA Draft where Jokic was taken No. 41 overall in the second round.

While he is extremely slow, he does plenty of things to combat that weakness. For starters, he’s one of the best passing bigs in the entire NBA. His 7.0 assists per game this season led all centers by a wide margin as much of the Denver Nuggets offense flowed through him.

At any given time, having Jokic on the floor is like having a second point guard and he even started a pre-bubble scrimmage manning the position. He’s also able to stretch the floor and create space for his teammates as a solid three-point shooter.

The Serbian led the Nuggets to the fifth-best offensive rating during the regular season, all while the team played with the second slowest pace in the NBA. Even in the modern NBA where teams like playing fast, Jokic plays slow and so does his team. Regardless, that hasn’t hurt them offensively. Nikola Jokic is truly unlike any other big in the NBA.