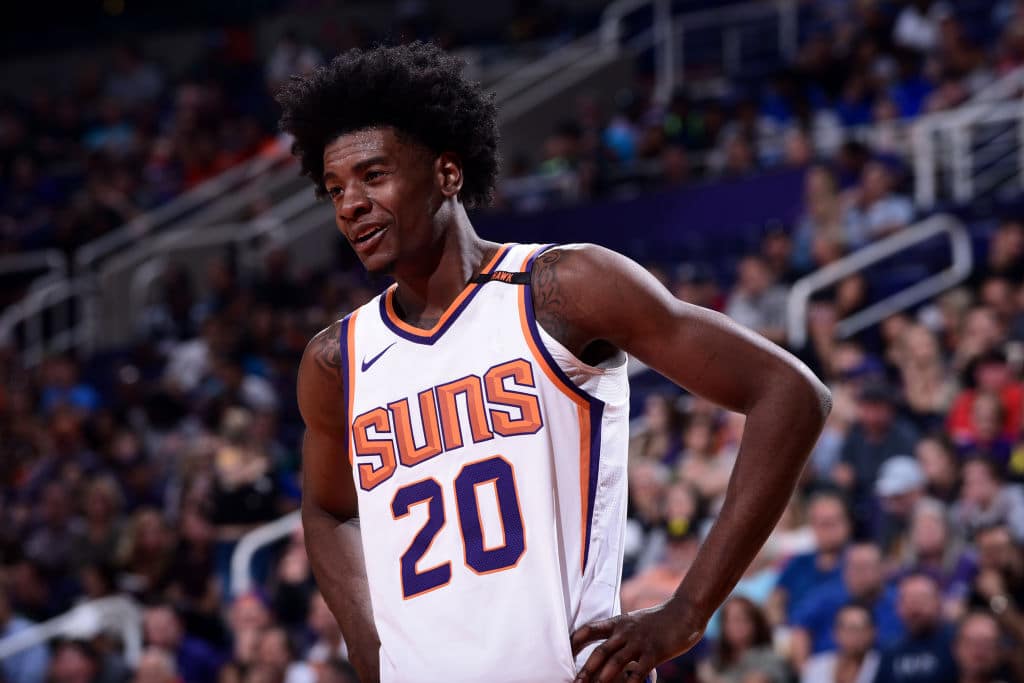 Jackson claims that he actually wanted to flash his middle finger at the heckler.

The 20-year-old has heard from NBA, but so far, hasn’t faced any disciplinary action.

“That’s what most people thought I was going but I actually wasn’t making a gun,” Jackson said, adding he has seen the video. “I kind of wanted to put up the middle finger to him but I didn’t do that because I felt like I was really being watched so I kind of halfway did it.”

Jackson said he doesn’t regret making the hand gesture. He said the fan had been heckling him all game.

“He called me a few names as I was coming out of the game so that’s what really set me off,” Jackson said. “But it had been going on from the same guy the entire game. Fans can come and sit so close and say whatever they want to say and us as players can’t react in any type of way. It’s something I’m still learning.”