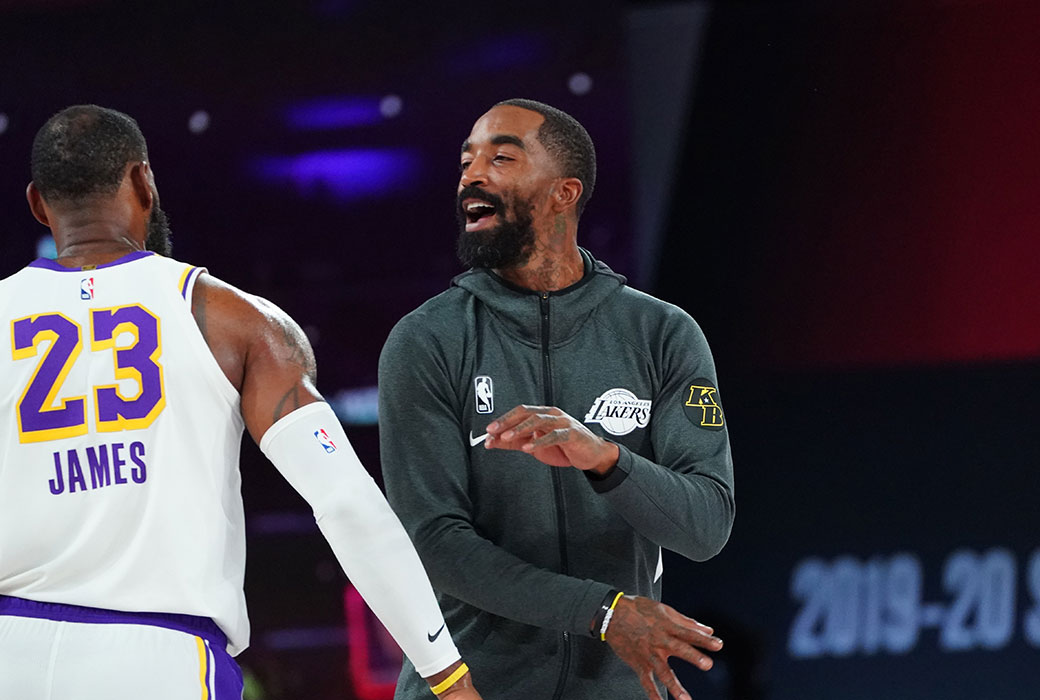 When JR Smith signed with the Lakers in July, the small forward felt ready for any role the team would give him. That meant stepping up as a leader, all while riding the bench during the team’s championship run in the Bubble.

Appearing on CBS Sports’ All Things Covered podcast with Patrick Peterson and Bryant McFadden on Wednesday, Smith shared how different it felt to win the chip with the Lakers this season versus doing so with the Cavs in 2016. Not only that, but he revealed that he did in fact struggle emotionally with his new role.

“It’s fulfilling for me because it’s totally different. I was playing more during the first one and felt like I had a very important role in the game. In this situation, going through the playoffs and not really playing and trying to find my niche as a leader, as a veteran, trying to help the younger guys out in more of a coaching aspect of it, it was one of the hardest things I ever really had to do.

“I’m really sitting there watching from the sidelines, yelling for guys to be in the right position. It was nerve-wracking. So this one was almost as good as the first one. This two-time thing is feeling pretty good.”

Smith averaged just 13.2 minutes per game in the bubble—the lowest of his career—and played only 75 minutes in the postseason. He did admit, however, that he didn’t expect to play 20-25 minutes this season while on a stacked Lakers’ roster.

After getting waived by the Cavaliers, Smith said he simply wanted to whatever the Lakers needed from him in order to win the chip.

“But more than anything for me, I left the game from my little hiatus with Cleveland on kind of a bad note, for me if anything, you always hear people say that want to go out a champion. I never wanted to walk away from the game as somebody who got waived. For one, I never wanted that on my resume. But then for it to happen, and for it to potentially be retirement after that, it never sat well with me. So my whole motivation to get back was to be in the situation to win a championship. So when I got in that position, no matter what role they threw at me, that was my main focus, to win the chip.”

As for the argument that Smith didn’t earn his championship ring, Smith had words for the haters, too:

“I see a lot of people who say, quote-unquote, ‘You didn’t earn it.’ That for me, more than anything, I felt like I earned everything I ever got. I feel like I put my blood sweat and tears to my craft and to every opportunity that was presented to me, regardless of who can vouch for you or whatever, you still have to walk through that door and put that work in.

“For [the] people who feel like they’ve given me a second chance or [I got an] opportunity from another player or because I’m friends with somebody, this person or that person, nah. Whether that happened or not, when I got there, I showed my ass to stay there…I’ve been fortunate and blessed to play with great players, for a lot of people they look at my career, to me, as a joke and that’s something I take personal.”

Smith then went on highlight teammate LeBron James—whom he has had a longstanding friendship with despite on-court mishaps (y’all remember what happened during Game 1 of the 2018 NBA Finals).

Looking back at his time on the Cavs and the Lakers, Smith was then asked who would win in a matchup, the 2016 Cavs versus the current Lakers’ roster.

“I think the size that the Lakers have, we just didn’t have in Cleveland,” he said at the end of the podcast. “In Cleveland, we were more grittier, we played a little harder, we were much nastier defensively. But the size with this Lakers team with [Anthony Davis] and Dwight [Howard], and being able to change the lineups with Markieff [Morris], we just weren’t that versatile [in Cleveland]. We could play multiple different ways in L.A., but in Cleveland, we only had to play one way.

“I think the Lakers team was just too big.”