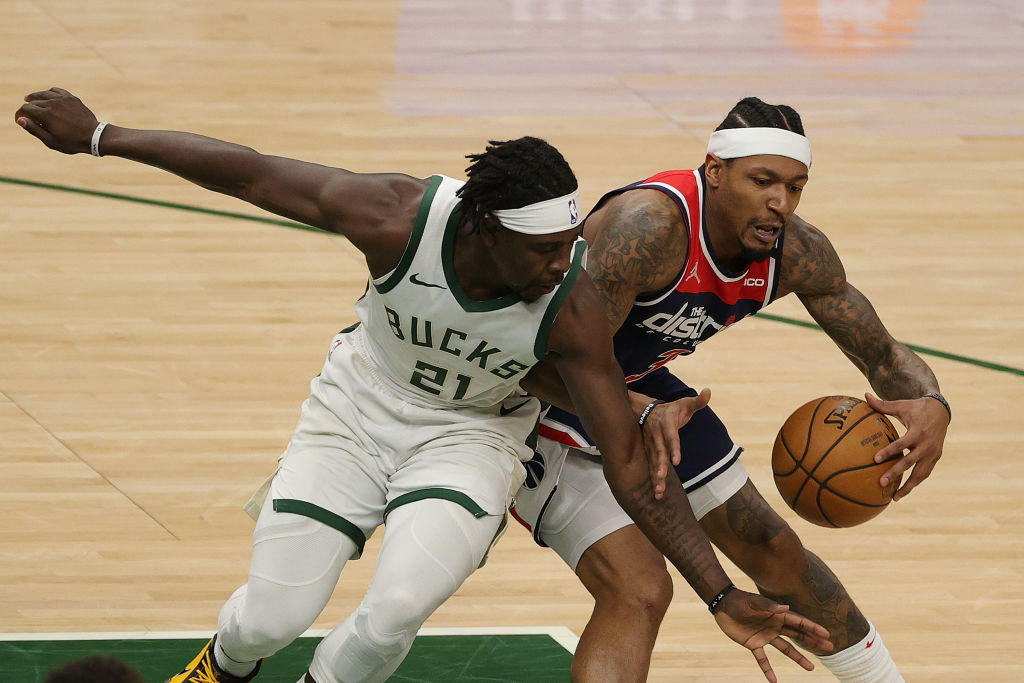 There’s a variety of players around the NBA that have been excellent on the defensive end of the floor all season. While recently the NBA Defensive Player of the Year award has gone to bigs, you’d think guys like Rudy Gobert, Myles Turner, Giannis Antetokounmpo or Joel Embiid would be frontrunners. However, there’s been quite a few guards that have been outspoken this year on their stance on the award and their case to be considered.

While Ben Simmons has given his case quite a few times this season, the most recent guard to speak out is Jrue Holiday of the Milwaukee Bucks.

“I should be the defensive player of the year”

Holiday is an excellent two-way player. While he’s a real threat on offense, the way he sets himself apart is on the defensive end of the floor. Always tasked with defending the opposing team’s best guard, he’s a bulldog and makes life difficult for them.

This is one of the main reasons the Bucks were so high on him when they traded away a major package to acquire him last offseason. Milwaukee is one of the best teams in the NBA yet again this season, but will especially feel Holiday’s presence in the playoffs as he raises their ceiling.