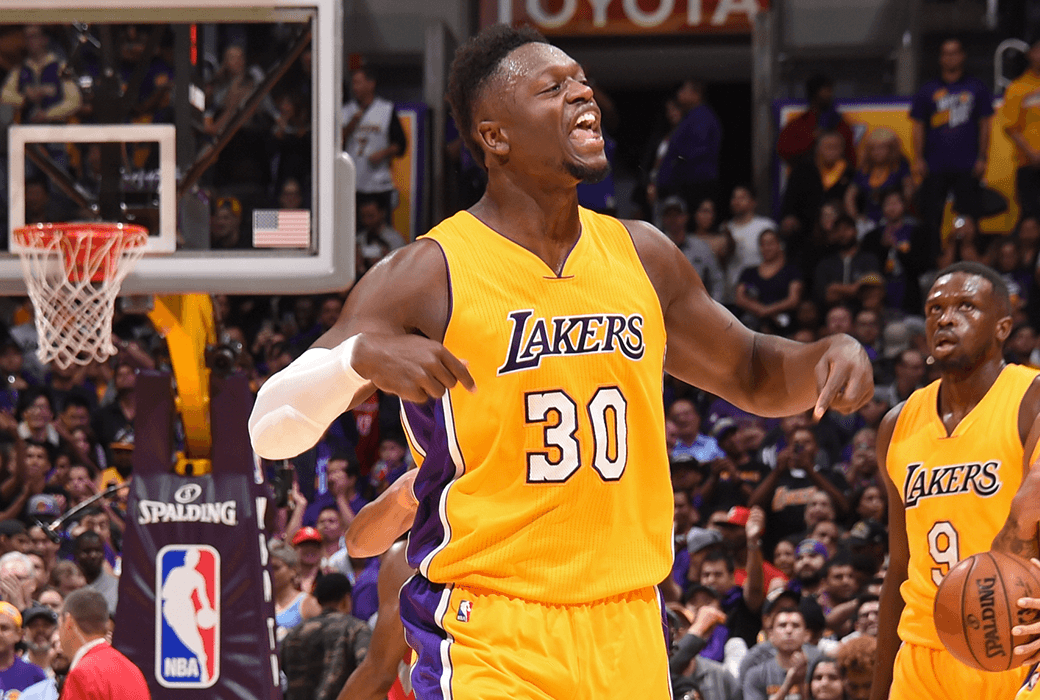 Julius Randle’s agent, Aaron Mintz, told the Los Angeles Times that his camp is unsure where the Los Angeles Lakers’ priorities are in regards to bringing back the 2014 lottery pick next season:

“We still have no indication of where Julius stands among the Lakers’ priorities, or if he is a priority at all … We are looking forward to the marketplace in July, when we will get a clear picture of Julius’ future.”

Pelinka told The Times on Friday that the Lakers’ front office is constantly in touch with Julius Randle’s representatives, and there has been “a mutual exchange of interest and hoping that we can work something out for both sides.”

Randle will be a restricted free agent on July 1, meaning he is free to sign a deal with any team in the Leauge; however, the Lakers will have the chance to match whatever contract another team offers. Los Angeles had the option to extend Randle last October, but didn’t make an offer.

Randle had the best season of his young career with personal-bests in points per game (16.8), field goal percentage (55.8) and offensive rebounds per game (2.2).