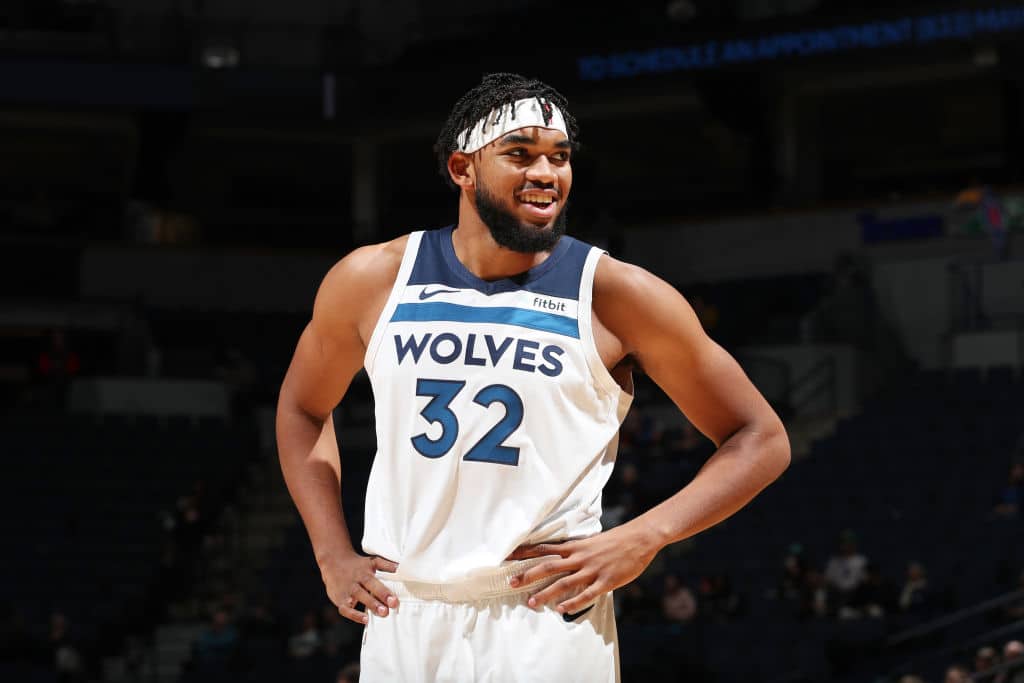 Karl-Anthony Towns is daring everyone to “keep sleeping” on Minnesota this season.

The T-Wolves plan to fly under the radar and sneak back into the playoffs, according to Towns.

“My confidence was born in the gym,” says KAT.

“Everyone always sleeps on people in Minnesota because they don’t hear our name a lot,” Towns, who was named a 2019 NBA Western Conference All-Star, told The Undefeated. “That’s fine. That’s cool. We are going to come from the underground and just find ourselves in the playoffs if we continue to do what we’re doing.”

How good can the Wolves be?

KAT: “We can be as good as we want to be, as long as we stay cohesive, we stay unified and continue to play the game we play on a nightly basis. … It’s easy to win one game. It’s hard to win most of the games in an 82-game season. Obviously, if we are blessed with health and play basketball the way we know we can play basketball, we will be just fine.”

After getting a taste of the playoffs in 2018, how tough was it not to be a part of the postseason last season?

KAT: “It’s always tough not to be in the playoffs. I live for the playoffs. I have won a lot in my life. And I have expected nothing less in the NBA since day one in training camp as a rookie. … I had a great time in the playoffs, and I learned a lot more things that people don’t get to learn. I learned how to do things to benefit the team as best as possible.”

Related Karl-Anthony Towns: ‘I Have to Be Aggressive and I Have to Shoot the Ball’