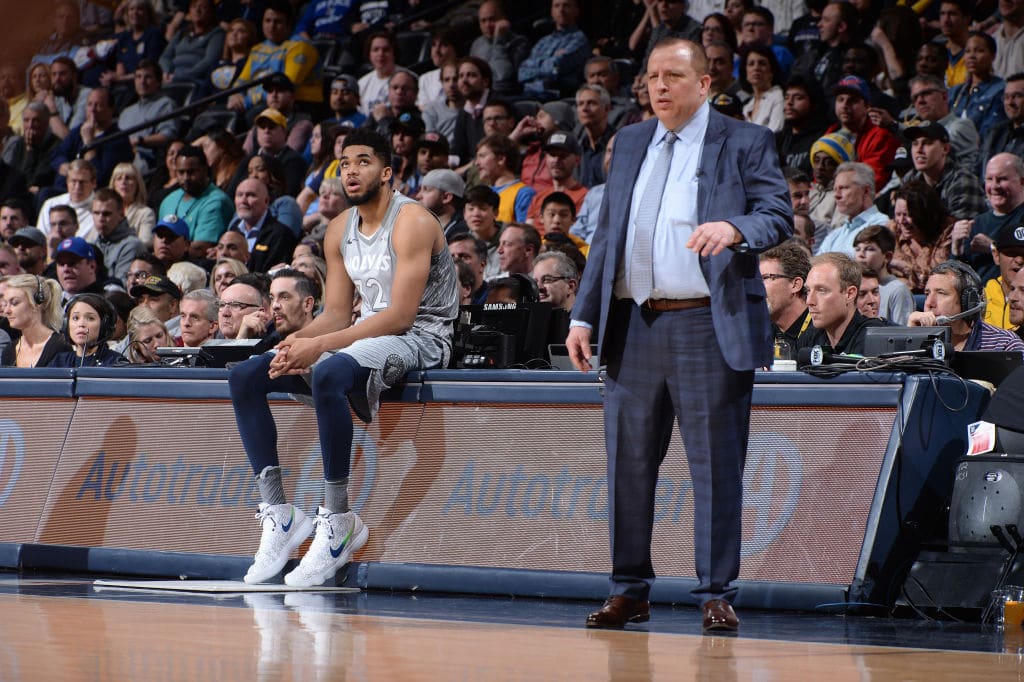 Karl-Anthony Towns says the way former Timberwolves head coach and president of basketball operations Tom Thibodeau treated young players is a “disrespect and a slap in the face to their development.”

KAT, who inked a five-year max extension last summer, adds that he feels good about Minnesota’s chances in the hunt for top-flight free agents.

“I think that I’m very blessed that I have a great front office. I have a great coaching staff,” Towns told WCCO’s Cory Hepola during a live interview at his summer camp. “We think we have the best coaching staff possibly in the game right now from a talent, experience and just culture standpoint. And the culture we’re building here is something special. So I’m a very happy. I’m very glad now we’re introducing [rookies Jarrett] Culver and [Jaylen] Noel to a culture that we possess now. You know, I don’t think the situation before it would’ve been very beneficial for them.”

While clearly referencing the Tom Thibodeau-led Timberwolves, Towns talked about how he felt it held back the development of the players.

“And that’s a disrespect and a slap in the face to their development, you know, and I want to make sure that they develop not only as players, but as human beings and as men. And, uh, you know, that’s what we’re here to do. And in Minnesota, the thing, one of the biggest things where Ryan and with me is like, we have to make sure our culture is not based on just basketball. This is a family atmosphere. Everything we do here in Minnesota has to be able to have a family. A family backing and a family thought process. And building people’s personalities, characters and showing them more of themselves. And you’re more than basketball.”

[D’Angelo] Russell ended up signing with Golden State, but Towns feels good about where the team is in its pursuit of new players.

“I think that what the Wolves fans are seeing though now is that people, they felt that were untouchable, people that they thought were never would to think of us are thinking”, said Towns. “And that’s because of, you know, our front office being so great … everybody, and our coach Ryan Saunders. I’m telling these players and for the players to see a person they really want to play for. It’s just another testament to the talent that we had, we possessed as a team.”