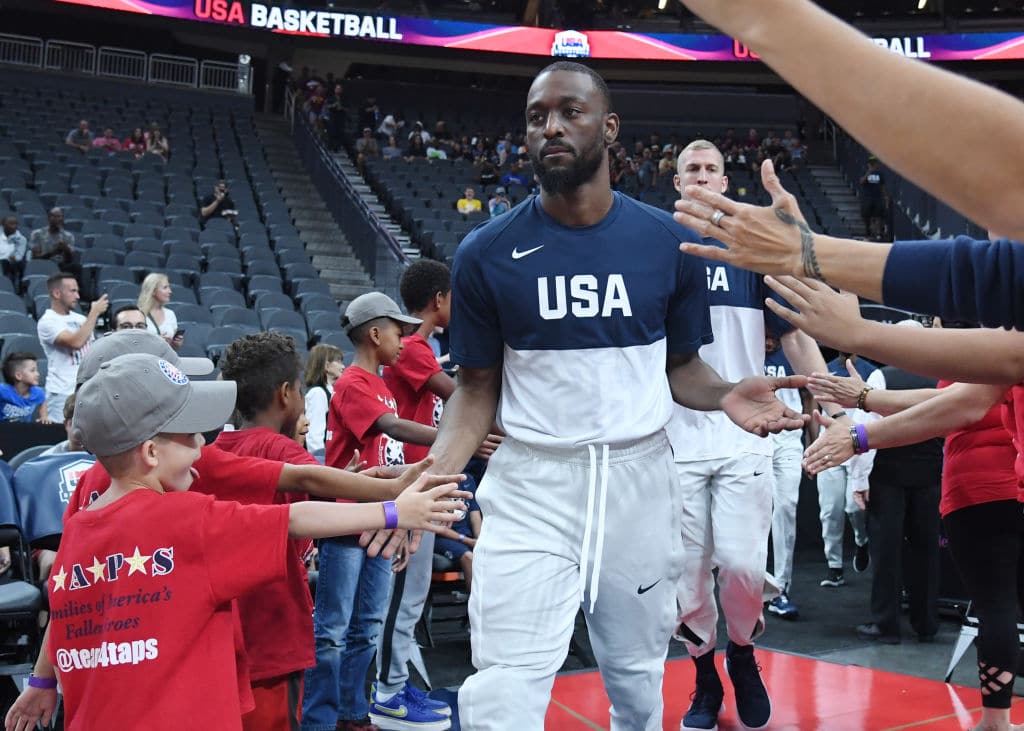 Team USA will need help from a higher power should it face Serbia in the upcoming FIBA World Cup, according to Serbian national team head coach Sasha Djordjevic.

“Let’s let them [Team USA] play their basketball and we will play ours and if we meet, may God help them,” Djordjevic said in a semi-serious tone, during an interview for the Serbian national television (RTS), per Mozzart Sport.

Djordjevic also said “welcome to the club” when asked about Gregg Popovich having to manage a squad without a lot of the usual NBA headliners.

Kemba Walker, for one, doesn’t mind the pre-tournament trash talking.

“You’ll have to ask Sasha,” Popovich said. “I don’t really pay attention too much. I’ve been doing this too long. But he’s a hell of a coach. He’s a competitor, and he’s been a hero in Europe as a player. He was fantastic, and they have a program that goes way back with a lot of success.

“They do have a heck of a team. There is no doubt about that. They’re deep and talented, and they are going to work their fannies off. They want to win just like anybody else. People will talk, but that is usually not something I respond to.”

“I could care less, man,” Walker told ESPN’s Dave McMenamin. “Honestly, we’re going to take it one game at a time. At the end of the day, we both have to make it to a certain place for us to even play each other.”

“I guess when we get there, if we match up, then we’ll see what’s up,” the veteran Boston Celtics player added. “But it’s fine. I’m fine with a little bit of trash talking. I don’t mind it at all.”

Related Kemba Walker: ‘Everybody is Kind of Doubting’ Team USA