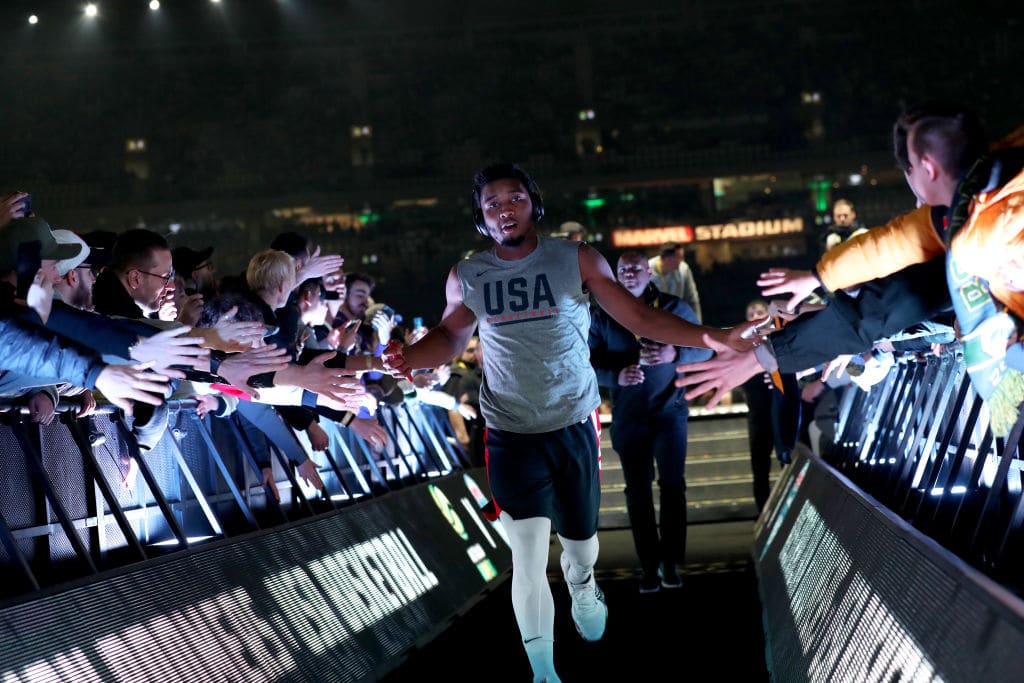 Update #1, 12:11 pm: While the initial report out of the Associated Press said that Walker, Mitchell and Smart would be team captains. Marc Stein of the New York Times writes that they haven’t been formally named captains in any official capacity. Stein says head coach Gregg Popovich merely meant the team would rely on those three players for their leadership.

Kemba Walker, Donovan Mitchell and Marcus Smart have been named co-captains of Team USA ahead of the FIBA Basketball World Cup, an Associated Press report states.

The decision was revealed on Thursday morning ahead of the team’s exhibition game against Australia.

Walker and Mitchell, the team’s biggest names after a myriad of NBA stars withdrew from the international competition, will share the responsibility with famously gritty Celtics guard Smart, providing a combination of experience, star power and intangibles that should serve the country well.

Walker, 29, will do his part to guide Team USA through the September tournament at the tail end of his first offseason with a new club. In July, Walker signed a four-year contract with Smart’s Celtics.

Mitchell, the 23-year-old Utah Jazz wing, is two months away from his third NBA season after establishing himself as one of the league’s top stars while Smart, 25, braces for a sixth season with the only franchise he’s ever known.