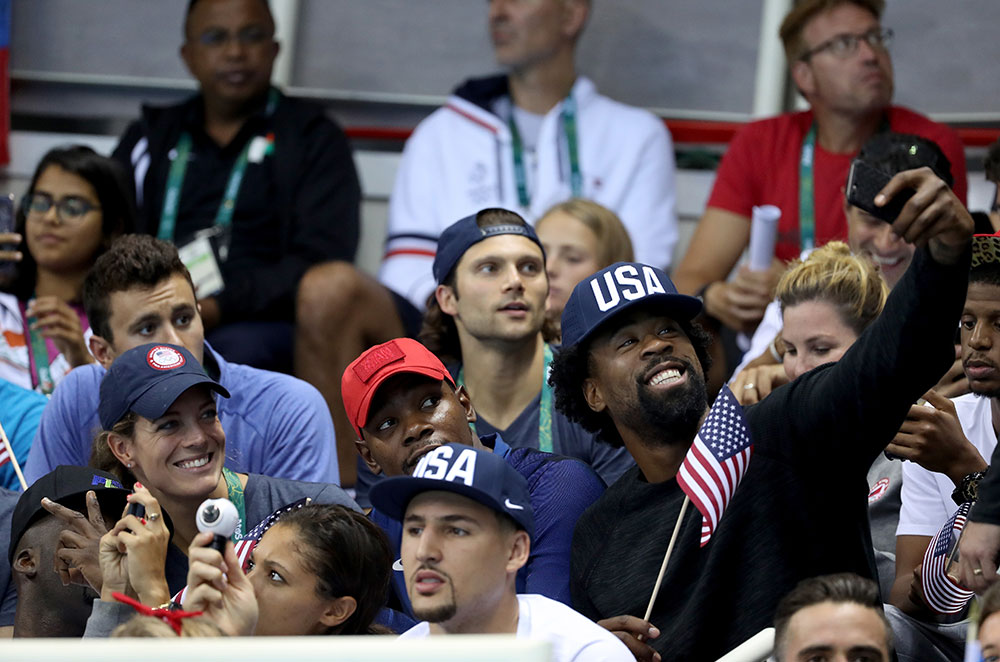 Between beat downs of the rest of the world’s basketball teams, Team USA has been enjoying the sights and sounds of the Olympics. Over the weekend, a few guys took to the field to show off their football skills and last night KD, DeAndre, Draymond Green, DeMarcus Cousins and Klay Thompson took in the swimming and celebrated Team USA‘s performance.

Check out the squad’s reaction to Phelps’ victories and pics they took with the champion swimmer.