Kevin Durant: Giannis Antetokounmpo Should ‘Play for Himself’ 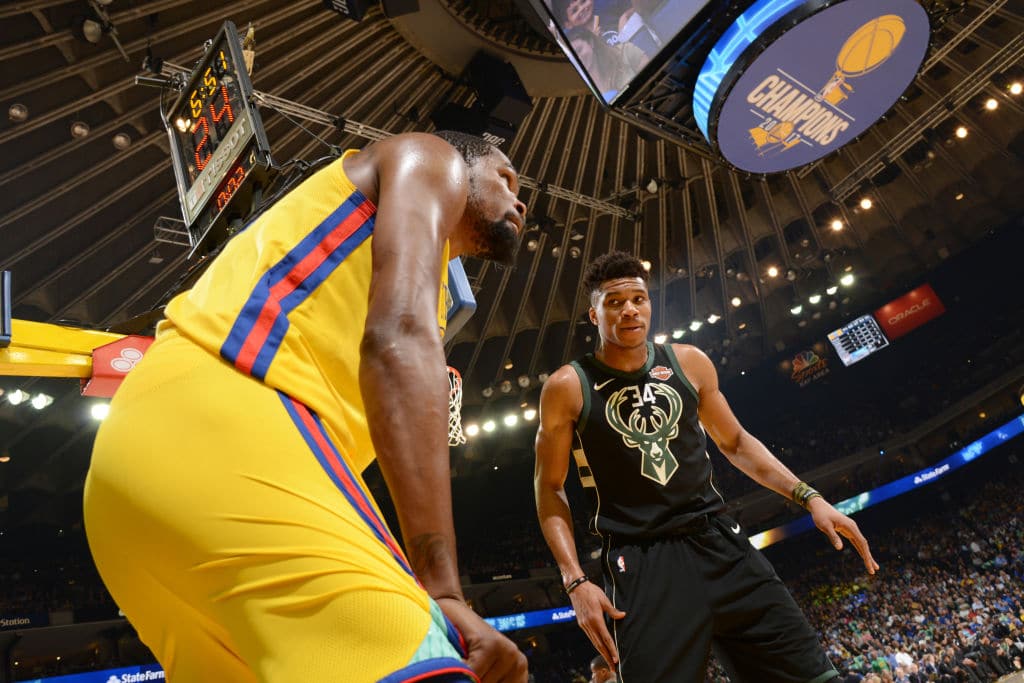 Giannis Antetokounmpo would love to play in Milwaukee for a couple of decades, a sentiment Kevin Durant once shared as member of the OKC Thunder, but KD says that Giannis ultimately must do what’s best for him and his burgeoning NBA career.

“I would tell him to play for himself,” Durant says of the advice he would give Antetokounmpo as he charts his future with the Bucks.

Giannis Antetokounmpo wants to stay in Milwaukee for the rest of his career. The Bucks are trying to make sure they do everything they can on and off the floor to make that dream a reality. https://t.co/3UuvZL7RlX

Durant admits that the pressure of carrying a small-market franchise affected his play on the court.

“Definitely. That’s one of my goals,” Antetokounmpo told ESPN recently. “Kobe [Bryant] did it. Tim Duncan did it. Dirk Nowitzki did it. I just want to be one of those guys … that stays for the city, play for the city for 20 years.”

Kevin Durant understands exactly what Antetokounmpo is going through. As he listens to what Antetokounmpo said about wanting to stay in Milwaukee throughout his entire career, Durant reflects back to an earlier time in his career — because he knows there was a time he said exactly the same thing about staying in Oklahoma City.

“I was at that point,” Durant told ESPN. “I wanted the same things. I felt like that’s what I …

“What I would say to him, I would tell him to play for himself,” Durant said. “Because he’s the one out there putting in the work, he’s the one out there getting up in the morning staying committed to the game. Obviously [the comments about staying put] sounds good to the fans in Milwaukee and to the ownership, because he cares so much about wanting to please them and play well for them, and I get it. But his career is about him; it’s about whatever he wants to do and however he feels is right for him. And what type of basketball does he want to play? He’s not going to stay in Milwaukee if he’s not having fun playing the game.”