Kevin Durant: ‘If I Was Leaving the Warriors, it Was Always Going to Be for the Nets’ 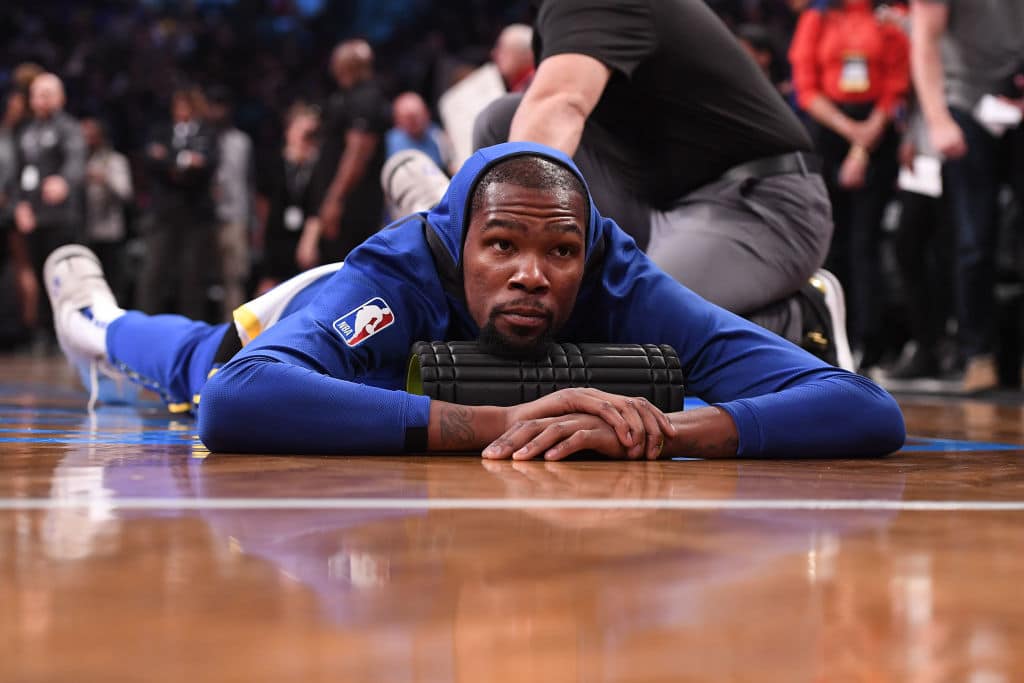 Kevin Durant says the Nets were “always” going to be his pick if he were to leave the Golden State Warriors as an unrestricted free agent this summer.

KD adds that teaming up with fellow superstar Kyrie Irving “wasn’t a thing we planned.”

“If I was leaving the Warriors, it was always going to be for the Nets,” Durant said. “They got the pieces and a creative front office. I just like what they were building.”

The Nets will have to be patient before seeing the duo of Durant and Kyrie Irving playing together. Irving is one of Durant’s closest friends in the league, and the Nets are banking on that relationship creating a positive chemistry on the court.

“I think the friendship part of the league has really grown, especially since LeBron James and Dwyane Wade became such great friends and ended up playing together,” Durant told Yahoo Sports.

“People see friendship as the way guys are teaming up. There’s nothing wrong with people speculating. That’s just what it is, but we’re just good friends no matter what. We didn’t have to play together. It wasn’t necessary. But, we were friends before anything, and we just happened to want to hoop together. But it wasn’t a thing we planned. It just came together.”