Kevin Durant: ‘I’m Just Different from the Rest’ of the Warriors 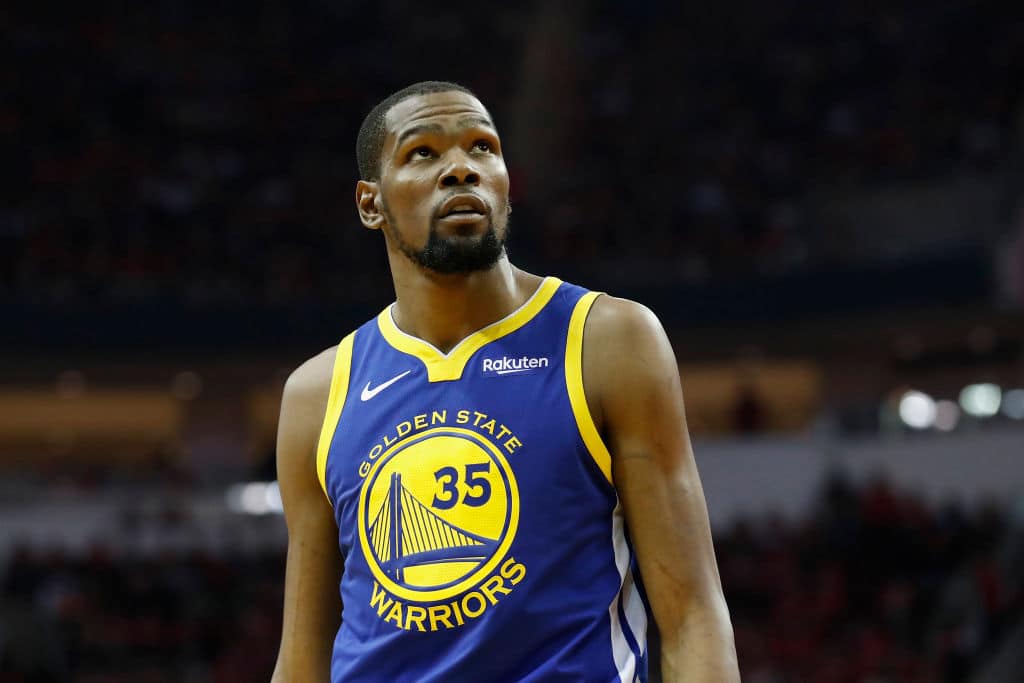 Kevin Durant, over time, grew to realize he was simply “different” from the rest of his now-former Warriors teammates.

“I’ll never be of those guys,” Durant says after bolting from the Dubs as an unrestricted free agent this summer.

“I came in there wanting to be part of a group, wanting to be part of a family, and definitely felt accepted,” he says. “But I’ll never be one of those guys. I didn’t get drafted there.… Steph Curry, obviously drafted there. Andre Iguodala, won the first Finals, first championship. Klay Thompson, drafted there. Draymond Green, drafted there. And the rest of the guys kind of rehabilitated their careers there. So me? Shit, how you going to rehabilitate me? What you going to teach me? How can you alter anything in my basketball life? I got an MVP already. I got scoring titles.”

That he stood out, stood apart from the group, felt preordained.

“As time went on,” he says, “I started to realize I’m just different from the rest of the guys. It’s not a bad thing. Just my circumstances and how I came up in the league. And on top of that, the media always looked at it like KD and the Warriors. So it’s like nobody could get a full acceptance of me there.”

From a strictly competitive, strategic standpoint, Durant had come to fear that Golden State had hit a ceiling.

“The motion offense we run in Golden State, it only works to a certain point,” he says. “We can totally rely on only our system for maybe the first two rounds. Then the next two rounds we’re going to have to mix in individual play. We’ve got to throw teams off, because they’re smarter in that round of playoffs. So now I had to dive into my bag, deep, to create stuff on my own, off the dribble, isos, pick-and-rolls, more so than let the offense create my points for me.”