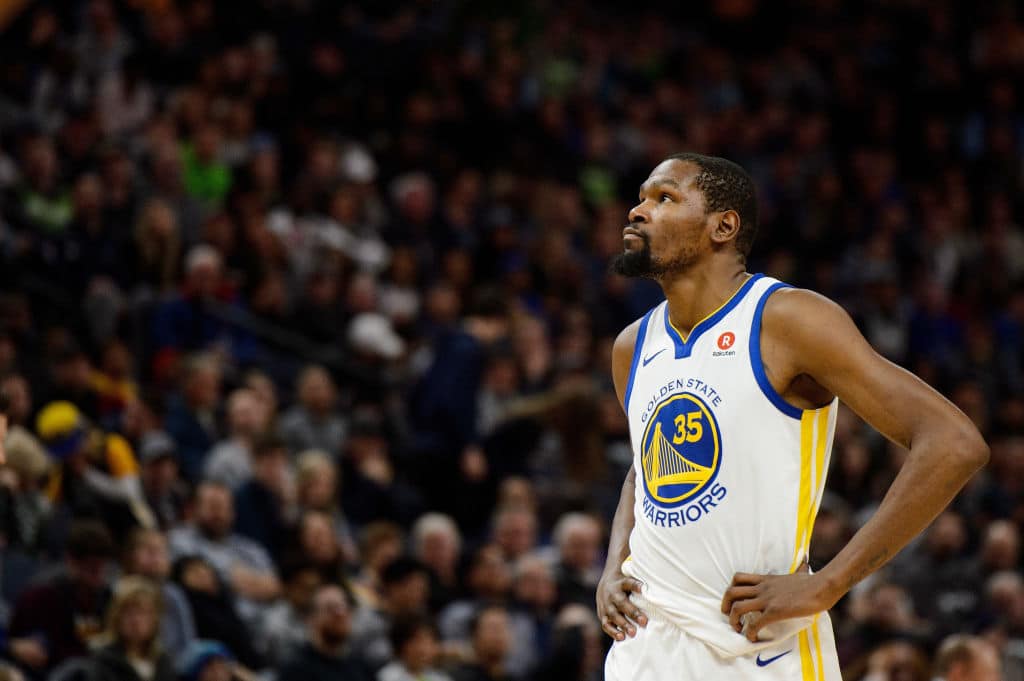 Kevin Durant says he’ll be returning to action Thursday night after sitting out six games due to a right rib injury.

Durant had wanted to suit up prior to Tuesday night’s 92-81 home loss to the Indiana Pacers, but Warriors head coach Steve Kerr said the All-Star was overruled.

Golden State has lost six of their last nine games.

“You can tell them I’m playing Thursday,” Durant told ESPN shortly before tipoff for Tuesday night’s game with the Indiana Pacers.

Kerr, speaking to reporters before the game, said Durant’s rib was feeling great, adding that Durant “wanted to play tonight and we didn’t let him.”

Klay Thompson, who suffered a right thumb fracture in that same game with the Timberwolves, figures to rejoin the Warriors’ lineup within a week or so. Draymond Green was initially expected to return to action Tuesday night after a two-game hiatus, but he was ruled out because he still is recovering from flu-like symptoms.

“We’re just trying to be smart,” Kerr said. “When KD feels like he’s ready to go, we’re going to give him two extra days until the next game just to be really safe. I mean, the last thing we want is for anybody to reinjure something or have something linger, so we’re going to be extra cautious with everybody.”