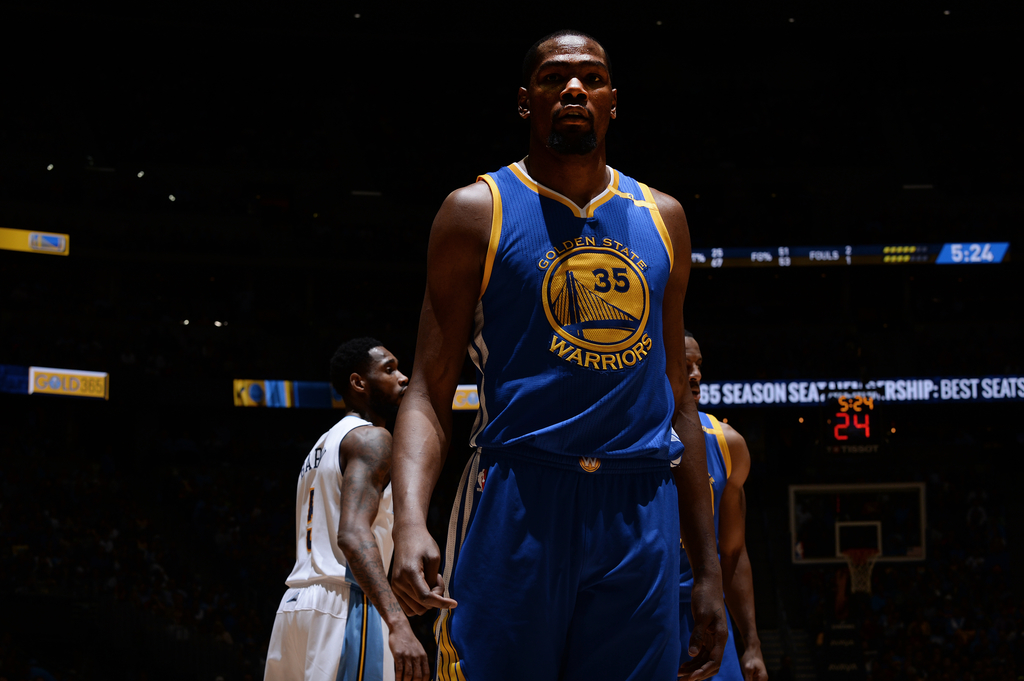 Following a 132-110 victory Monday night against the visiting Golden State Warriors, a trolling Denver Nuggets fan shouted to Kevin Durant that his squad will see him in the Playoffs.

@ScottHastings @espn "Yeah, we'll sweep your ass!" Will they??? pic.twitter.com/1EZzCa29Kc

The Nuggets tied an NBA record with 24 three-pointers made in the upset win.

Even Stephen Curry couldn’t keep up with Denver’s surprise sharpshooters, finishing 1 of 11 from beyond the arc.

“I felt confident, every shot I took felt like it was going in,” Curry said. “Just got served a humble slice of cupcake.”