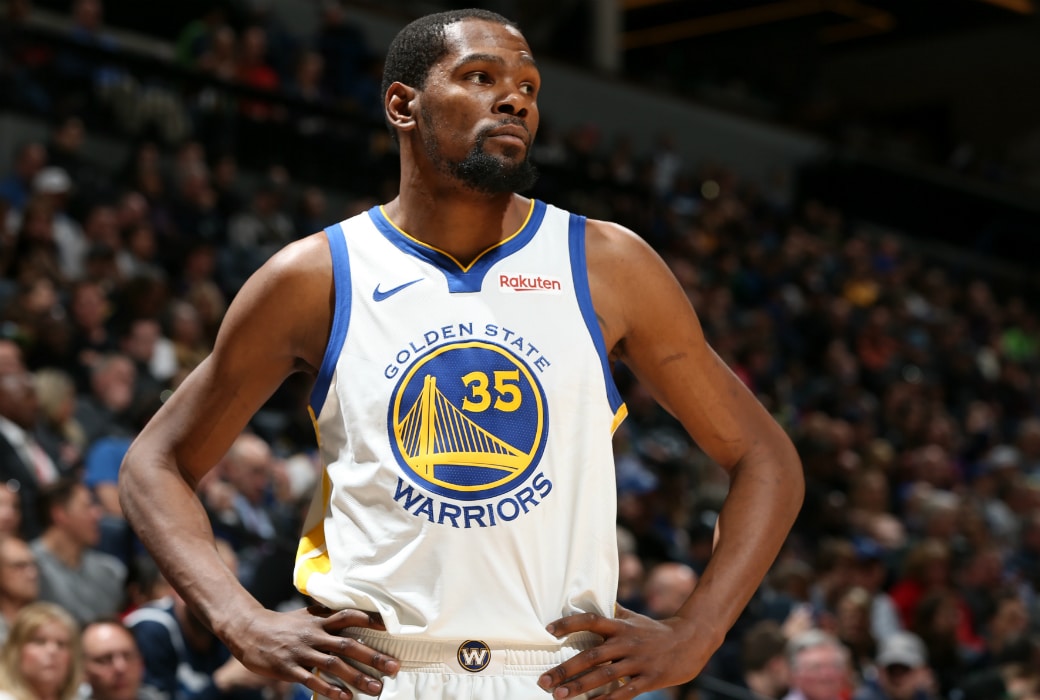 After last night’s exhilarating yet highly controversial ending between the Warriors and Timberwolves, Kevin Durant was not pleased.

In the final 4.4 seconds of the first overtime, with the Warriors mounting a furious comeback yet still down 127-130, Durant caught the ball at the top of the key. He immediately launched a 3-pointer, but it was negated because referee Marat Kogut called a foul on Keita Bates-Diop before the shot.

Then, Stephen Curry drained a contested corner 3-pointer to tie the game, but on the final play, Durant was called for a holding foul on Karl Anthony-Towns, who went to the free throw line and calmly ended the game.

The culmination of bumbled calls left the Dubs fuming in their postgame press conferences.

“You guys seen the play. I want to keep my money because they gave me two bullshit techs. Let me just stop talking about officiating. You seen the play. I don’t want to blame it just on that. But we deserved to play at least five more minutes of basketball. I’m not saying we wouldn’t have won the game or they didn’t have momentum, would’ve been a second overtime. But I’m sure all of you guys can agree that we should’ve played five more minutes.”

“It’s just tough. An effort like that gets sabotaged. We were back there looking at those calls over and over again. Still don’t understand either one of them — the KD 4-point play, which puts pressure on them with four seconds left. Then nobody wants to see a game end like that. Crazy pass that had no chance of being caught and a soft foul that should never have been called to decide the game.”

“Did I think it was before the shot?” Kerr said. “I just watched the replay. He caught and he shot — it’s a four-point play. I mean, I don’t know what else to say. Kind of mind-boggling. You catch and you go up for a shot, and you get fouled in any league — any league — that’s a good bucket and a free throw. Any league, not just the NBA.”

After the tough loss coupled with the Nuggets defeating the Oklahoma City Thunder, the Dubs are barely hanging on to their top seed, which ensures they would have homecourt advantage until the Finals.

Not that they’ll need it.

RELATED: Post Up: Kevin Durant is Mr. Efficient in Win vs Grizzlies