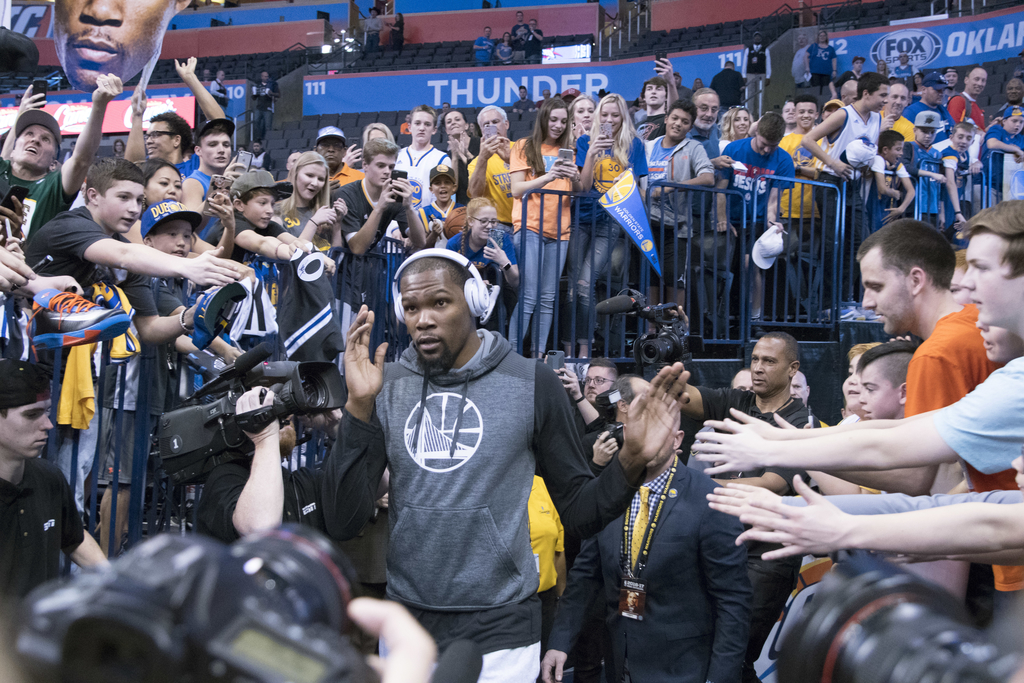 Kevin Durant made his emotionally-charged return to OKC, and Thunder fans let him have it.

Wanda Durant said that the crowd was “vicious” to her son Saturday night.

Kevin Durant's mother: "This is basketball. This is not whether or not you're going to make it into heaven." https://t.co/efHLc8nFcY

KD scored 34 points and walked away with his third consecutive win against his former team:

“The most vicious things you could say, they said about my son tonight. It’s hurtful,” Wanda Durant told ESPN after the Golden State Warriors’ 130-114 win over the Oklahoma City Thunder.

“We poured our heart into this place. Not just him. Our family. This is basketball. This is not whether or not you’re going to make it into heaven.”

“They called him a snake, a sellout, a b—-,” she said. “It’s just a sad day. I understand that they loved him. I do understand it. But the name-calling. The people with the cupcakes on their backs. … It didn’t have to be like this.”