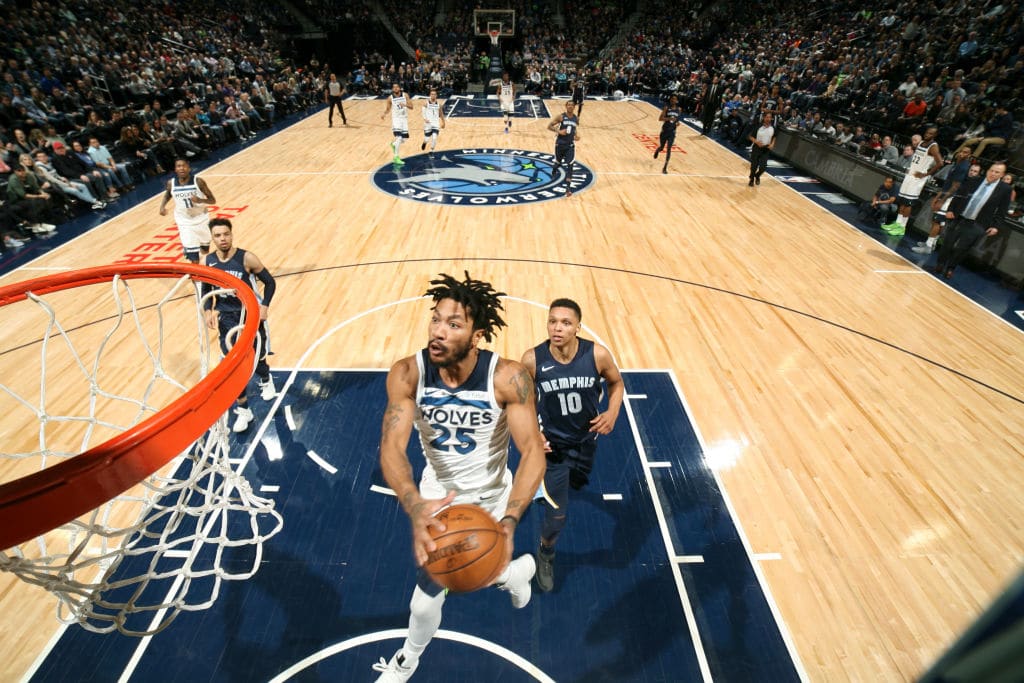 Derrick Rose should be the starting point guard in Minnesota this upcoming season, according to Kevin Garnett.

KG says Rose, though older, is now craftier than ever before.

The former MVP came off the bench for the T-Wolves last season, backing up Jeff Teague.

“You know, you get older, but the knowledge don’t go anywhere,” said Garnett, the Timberwolves legend who now appears regularly on TNT.

“He’s more crafty now than ever in the pick-and-roll. He’s able to get shots for guys and he’s able to knock shots down, so yeah, I would.”

Related
Derrick Rose to Return to Timberwolves on One-Year Deal