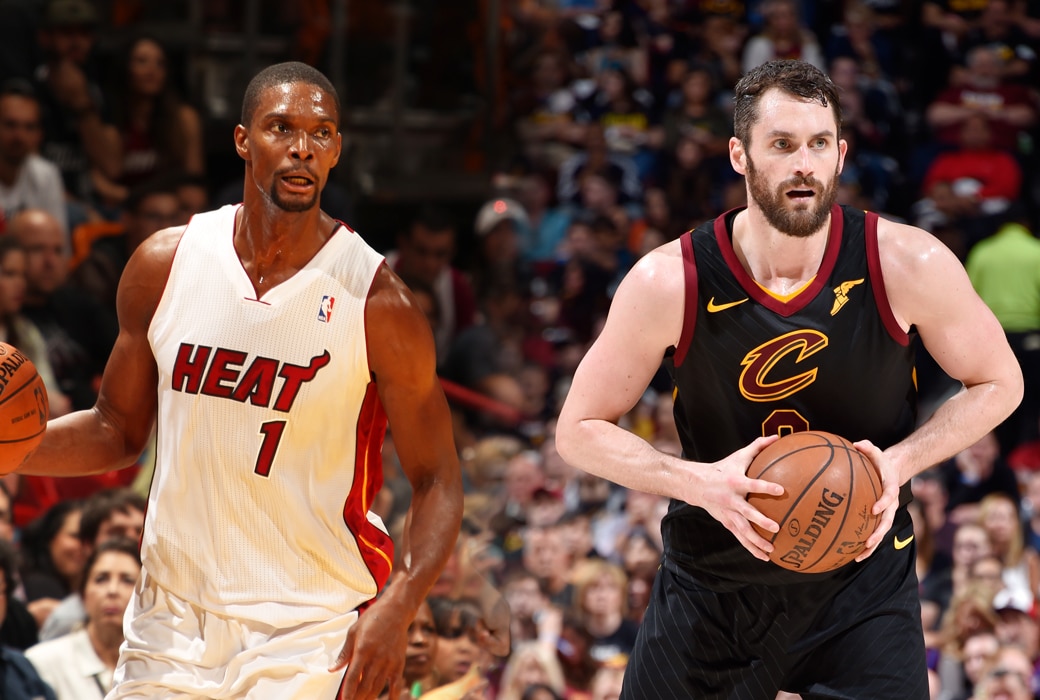 Kevin Love was asked about being the Cavaliers‘ most frequent fall guy—or as JR Smith diagnosed, the “Chris Bosh Syndrome.”

Embracing the comparison to the 10-time All-Star, Love told reporters on Monday, “Being in the same breath as Chris Bosh […] that’s pretty rarefied air.”

"Being in the same breath as Chris Bosh, that's a hall of famer."@KevinLove says that playing with @KingJames has taught him a lot.
Our coverage of #CavsRaptors Game 4 begins at 8pm on FSO and FOX Sports GO.
STREAM: https://t.co/4zb7f3FbIY #WhateverItTakes pic.twitter.com/A3ub0dYiDA

“Being in the same breath as Chris Bosh—that’s a Hall of Famer, that’s a 10-time All-Star, that’s an NBA Champion two times. So that’s pretty rarefied air.” […]

“I know when we have success I might not get the credit and when we do lose or have a bad string of games, that I might get the blame. But that comes with the territory.