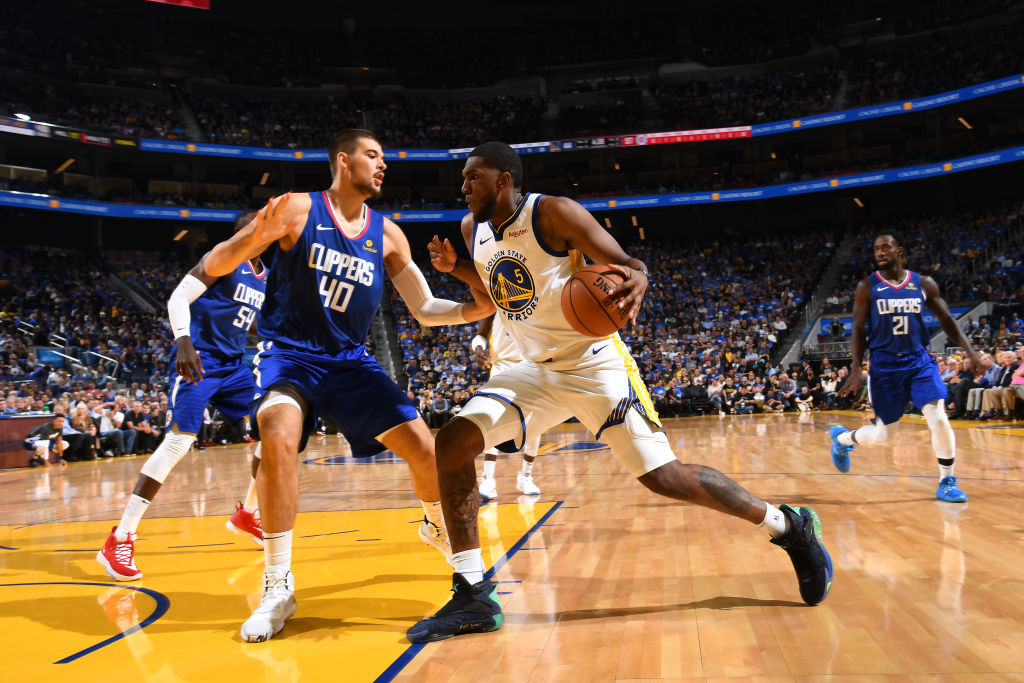 The Golden State Warriors have been without center Kevon Looney since their season opener in October. Now the 23-year-old has a full contact G League practice under his belt and, according to ESPN’s Nick Friedell, is eyeing a return to the court during the team’s upcoming road trip.

Looney has missed a total of 16 games so far with a lingering right hamstring issue caused by a neuropathic condition. According to Ryan Gorcey of the San Francisco Examiner, it has presented in the form of aches and soreness over the course of the past two seasons.

The narrative leading up to the season opener was that Looney was struggling with a tweaked hamstring and now it seems evident that this underlying neuropathic condition was at the root of the pain.

Looney did play in 80 regular season games for the Warriors in 2018-19 but struggled with injuries during the team’s run to the 2019 NBA Finals.

The return of Looney will be a welcome one for the beleaguered franchise as he represents one of few familiar faces from last year’s squad. Dubs fans have watched Stephen Curry, Klay Thompson, Draymond Green and even D’Angelo Russell all miss time with their own setbacks.

Looney averaged 6.3 points and 5.2 rebounds per game last season and could be in line for a larger role as the 3-14 Warriors look to navigate what’s already become a difficult campaign.