Been On My Grind

The Milwaukee Bucks’ Khris Middleton has been readying himself for the big stage since his younger years in South Carolina. 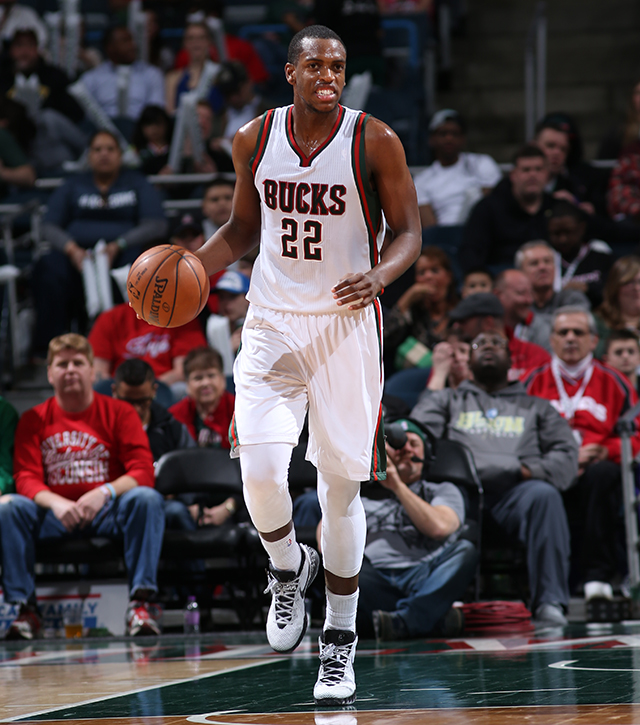 Khris Middleton may have a long and prosperous career still ahead of him—he is only 23, after all—but considering he recently signed a five-year, $70 million contract with the Milwaukee Bucks and should play a huge role in what should be a very solid, very fun team this season, it’s safe to say he’s “made it” in just about every sense of the term. A Charleston, SC, native, Middleton took a few minutes out of his busy summer to reflect on his earliest hoops memories.

SLAM: What were the first basketball courts you played on?

Khris Middleton: I think the first real one I played on was the Citadel courts. The college called The Citadel—I played on their basketball court at the gym. I just remember that feeling of being on a real college court—it was pretty cool.

SLAM: Who pushed you into basketball?

KM: Mainly my dad. My dad used to go on the court with me all the time, play one-on-one and he always wanted me to play against the older guys to just get me used to playing against bigger, stronger and faster guys. I always played against older guys when I was younger.

SLAM: What was the first NBA jersey you owned?

KM: The first one I had was a Michael Jordan jersey—the red and the black one from the Chicago Bulls. I used to wear it every chance I could when I was a little kid.

SLAM: What about your first pair of sneakers?

KM: Honestly, some Jordans, too—probably the Xs or XIs I had. I saved my allowance for weeks when they were coming out and I remember standing in line, waiting to get them. I just remember seeing Jordan play—you know you want to play like Mike, so you’re always trying to get those shoes to try to play like him.

SLAM: Is there a specific place that meant a lot to you growing up, that you think was really important to your development as a basketball player?

KM: Yeah, I had a little halfcourt on the side of my house that I used to go on all the time—rain, cold, everything. I used to just go out there and shoot all day long. And my high school gym—those are the two places that I wouldn’t be where I’m at today without those two places.

KM: Yeah, it wasn’t a real one—it was one of those indoor balls that you could throw around the house and not break anything. I remember just sitting there with a little basketball that you could dribble around and not worry about breaking anything in the house.

KM: Yeah, they weren’t too happy about it, but they would let me get away with a lot until I started to get toward the kitchen area. That’s when they made me settle down.

SLAM: Did you bring it to school and dribble through the hallways?

SLAM: How old were you when you realized your life was going to revolve around hoops?

KM: I would say around 13 or 14. I had to decide if I wanted to keep playing AAU basketball or play baseball. I ended up quitting baseball and stuck with basketball—that’s when I put all my eggs in one basket.