Khris Middleton Drills Steven Adams With Ball, Both Get T’d Up 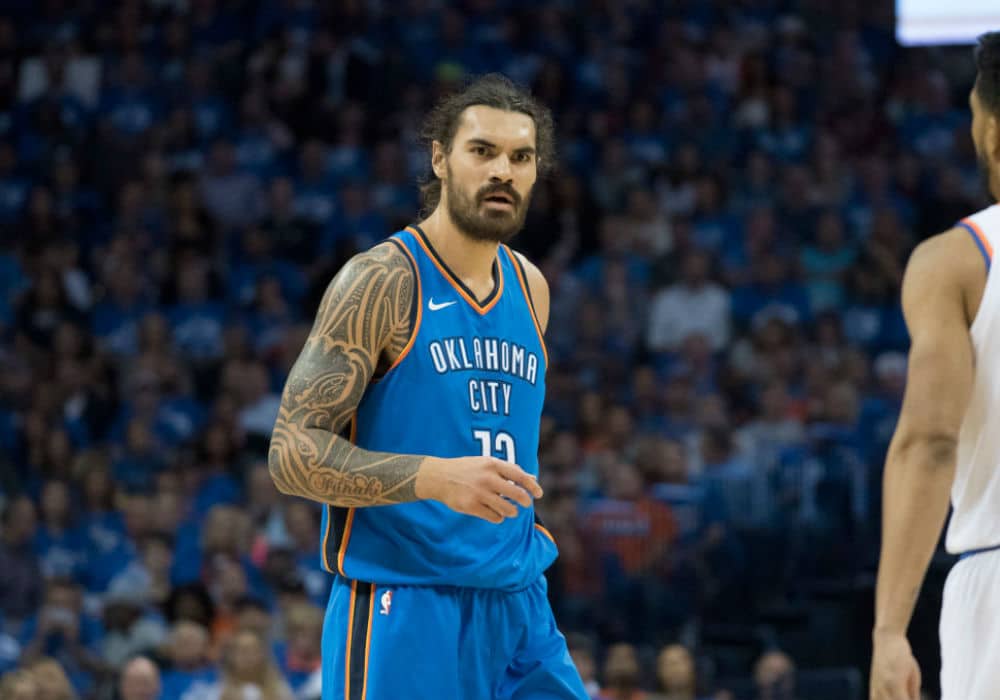 Steven Adams might be the No. 1 guy on the list of NBA players you shouldn’t mess with. Everyone knows his story — the 7-footer, one of 18 siblings, had a rough upbringing in his native New Zealand — and that he has become one of the most feared dudes in the Association.

That didn’t stop Khris Middleton from drilling Adams with the ball after the Thunder big man seemed to innocuously give it to him after a Paul George three.

Both were assessed a technical foul for the dustup. Luckily for Middleton, a ref was there to break up the altercation before it got any more physical. The pair tangled up down under the basket while PG knocked down his shot which is probably why Middleton pegged the rock at a dude he gives up four inches and 30 odd pounds to.

Whatever the cause, it must have riled Adams and the Thunder up as OKC cruised to a blowout win. Lesson: Don’t get Steven Adams angry.