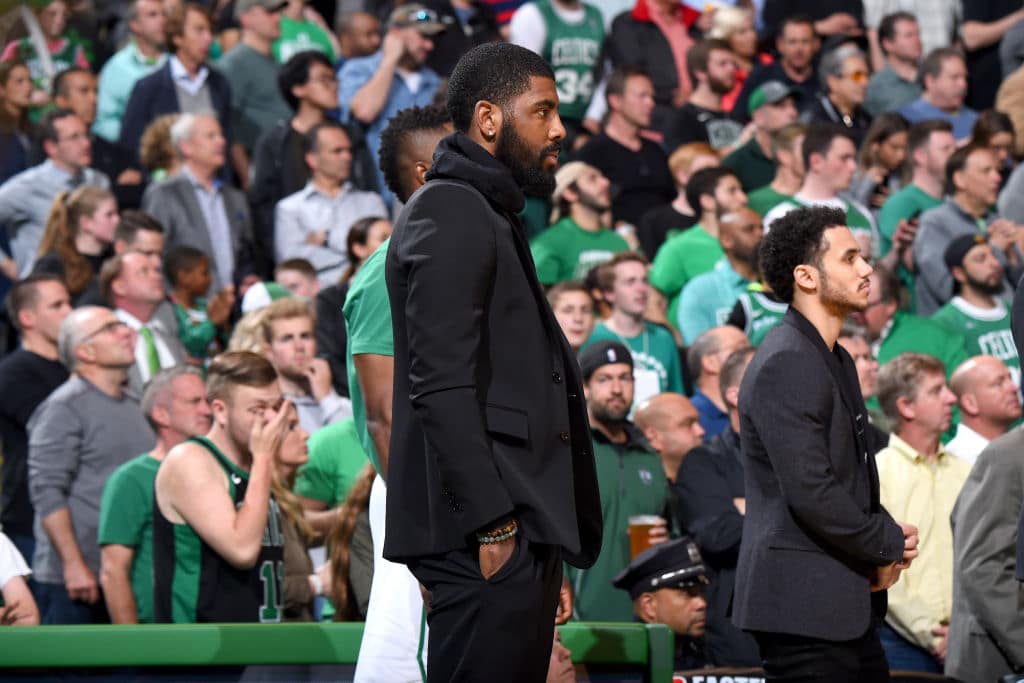 Kyrie Irving can only watch with the Boston Celtics one win away from beating his old team for a chance to play in the NBA Finals, and according to head coach Brad Stevens, “it’s killing him.”

Stevens, however, says Irving is in a “great place” emotionally as he recovers from season-ending left knee surgery.

It's 'killing' Kyrie Irving to not be playing against the Cavaliers, Brad Stevens said @clevelanddotcom https://t.co/bdz4vtTHXJ

Irving, 26, successfully pushed for a trade out of Cleveland last summer and his new squad now has the Cavs on the ropes in the Eastern Conference Finals.

“It’s killing him not to be out on the floor, but I think that would be the case, obviously, any time you’re playing this deep into the playoffs, especially in a new place,” Stevens said before Game 5.

Irving did not travel to Cleveland for Games 3 and 4. Cavs coach Tyronn Lue said he had not spoken to Irving since the series started.

“His recovery’s gone great, and we’re excited about that,” Stevens said. “But he seems to be in a good place.”