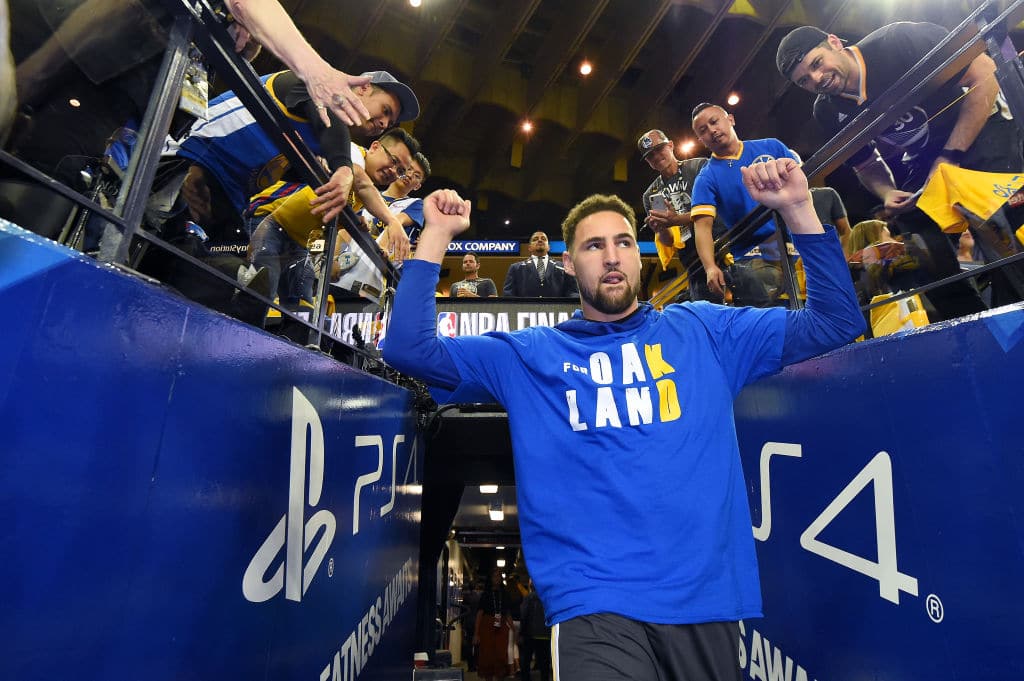 Klay Thompson doubts he’ll be playing prior to the NBA All-Star break in mid-February, but vows he is “going to come back 110%.”

Thompson, 29, tore his left ACL in Game 6 of the NBA Finals and says the Warriors remain a force to be reckoned with.

Klay adds that new teammate D’Angelo Russell will be “huge” for Golden State in his absence.

Dr. Neal ElAttrache performed the procedure on Thompson at the Kerlan Jobe Institute in Los Angeles, and Thompson said he is on track to return to the court at some point next season.

“That’s my goal,” Thompson said. “I doubt I’ll be back before the All-Star break, but I want to be back this season.”

As Thompson goes down the list of teams in the West, he shakes his head at the number of contenders that are aiming to take the Warriors’ place in the Finals.

“The West is so stacked, not just with the Lakers and Clippers but the Jazz made great moves, the Nuggets are young and upcoming, the Blazers have an amazing backcourt, the Rockets have a two-headed monster in the backcourt with two MVPs still in their prime,” Thompson said. “So it’s going to be tough for us, but I assume I’m going to be on the court at some point and hopefully I’ll hit the ground running and we’ll be in playoff contention. That’s all we need is just a shot.”