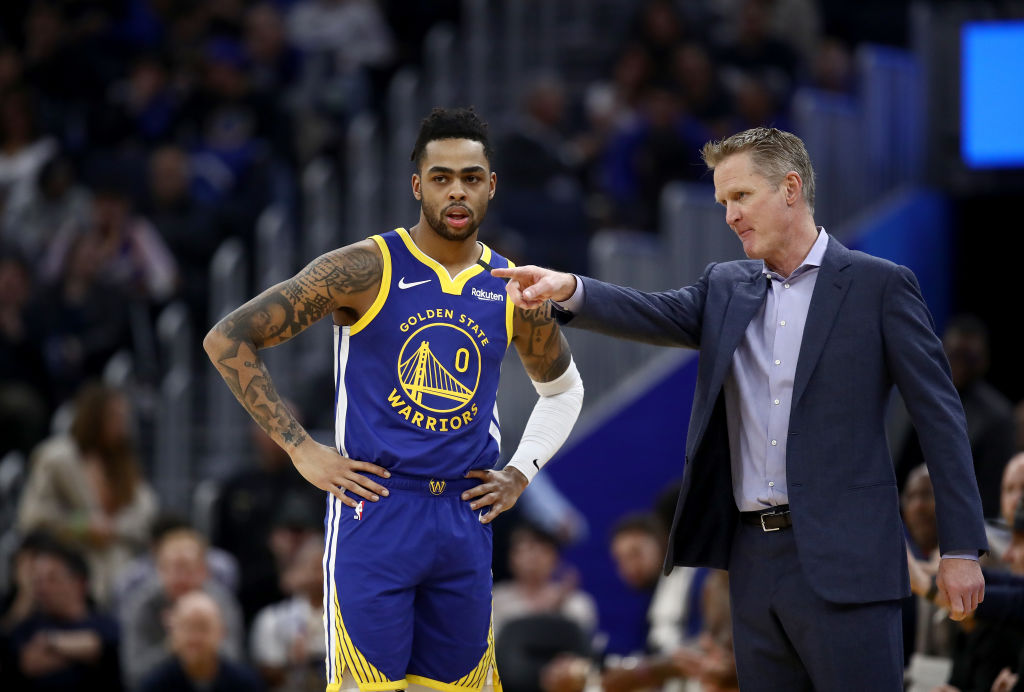 The New York Knicks have expressed an interest in Golden State Warriors guard D’Angelo Russel, Ian Begley of SportsNet New York reports. The question is whether the franchise would have enough assets to acquire the young star.

According to Begley, both Frank Ntilikina and Bobby Portis have come up as potential trade chips although it stands to reason that the price tag would be considerably higher than simply those two.

Marc Berman of the New York Post writes that the Warriors would likely seek a 2020 first-round pick in any deal involving Russell.

Brandon Robinson of Heavy hears that the Knicks have put together an offer that includes Portis and Ntilikina, in addition to Kevin Knox, Allonzo Trier and a second-round pick but that the Warriors were not interested.

Of course any hypothetical Knicks package with more than just Portis and Ntilikina would need to involve additional Warriors players as well given that Golden State has just one roster slot available.

As Begley writes, the Warriors could be intrigued by the idea of trimming down their luxury tax bill and Portis represents as much as $15M in payroll savings given that his 2020-21 contract has a team option on it.

Still, the Warriors would have plenty of opportunities to shed cap space if they were willing to unload Russell at a bargain rate. With the Minnesota Timberwolves supposedly interested as well, it may come down to how eager the Knicks are to get their hands on a new star.