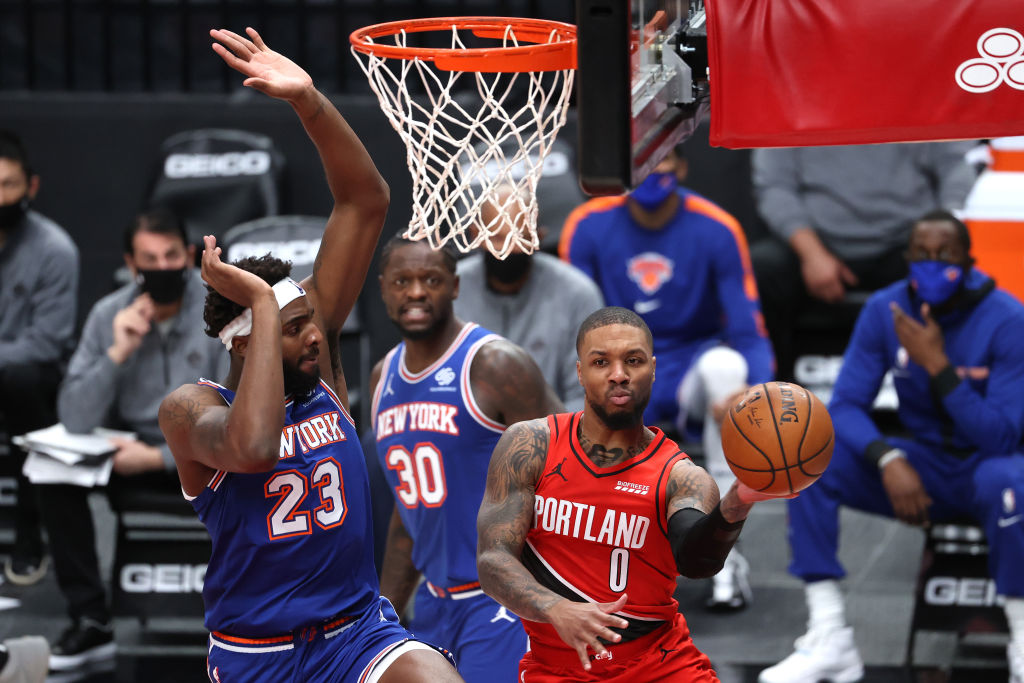 With nearly every star around the league, the New York Knicks at some point have been reported to have interest. Most recently, a superstar point guard has entered the mix.

Ian Begley of SNY recently reported that the New York Knicks are looking to add a star to the roster, keeping an eye on players who could get unhappy with their current situation and request a trade. More specifically, New York is monitoring Damian Lillard and any other star who may seek a move if things start to go sour with their current respective franchise.

Outside of Lillard, Begley reported the Knicks are keeping an eye on the situations of Dennis Schroder, Lonzo Ball and Kyle Lowry, who would be options via free agency, rather than trade.

For the first time in a while, the Knicks might actually be an extremely attractive destination for a star to join. Not only do they have an excellent young core, but they also have some of the most available cap space of any team this offseason.

Amidst their best season in years, the New York Knicks are playoff-bound, sitting at 38-30, good for the No. 4 seed in the Eastern Conference. With an exciting roster and cap flexibility, they could be on the verge of landing another star soon.