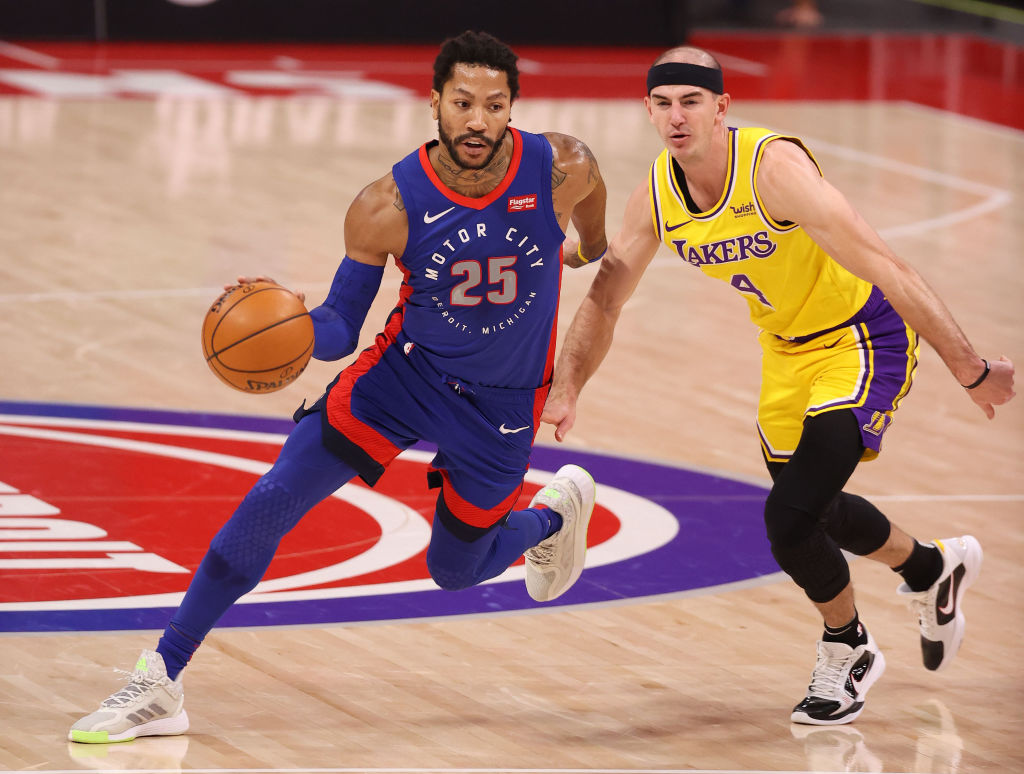 The New York Knicks are nearing a deal that would see them acquire Derrick Rose from the Detroit Pistons, The Athletic reports.

Expected to be headed to Detroit in the swap are Dennis Smith Jr. and additional draft compensation.

Rose’s name has come up as a popular trade target for the better part of the past two seasons. Now, the Knicks will take a flyer on the pending free agent as they jockey for position in an Eastern Conference playoff race.

This won’t be Rose’s first tenure with the Knicks – he played there in 2016-17 – but this time he’ll be reunited with a coach who is familiar with him game.

Details about the exact draft compensation have not been made public and there are a variety scenarios that could play out. New York is currently in possession of two future Pistons’ second-rounders.