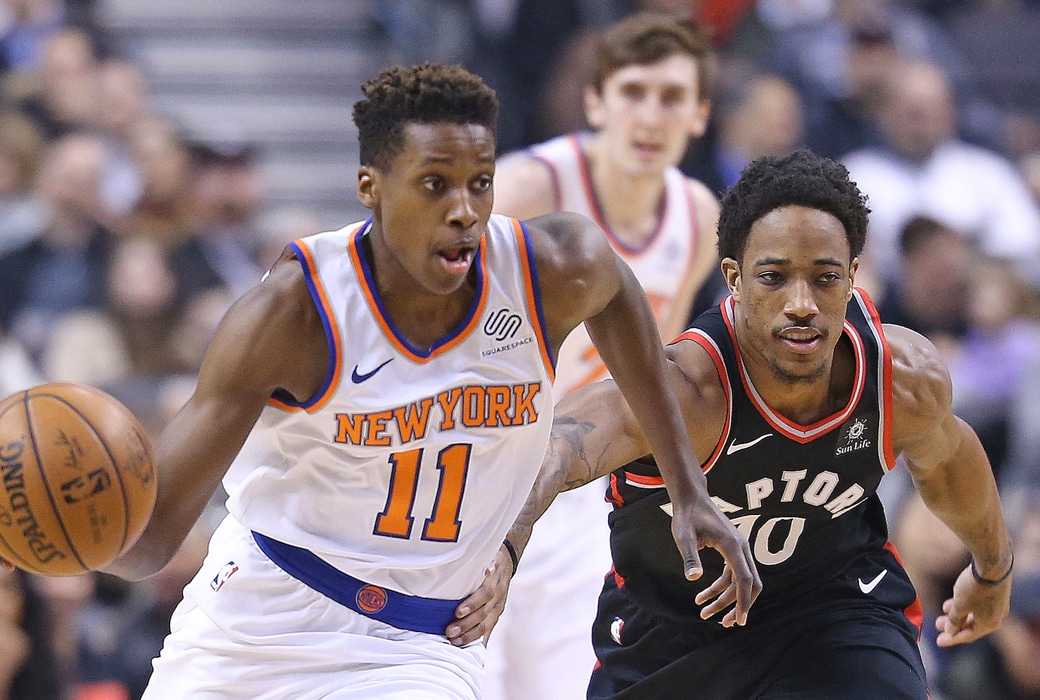 As he plays more alongside Emmanuel Mudiay, Ntilikina is having to adapt to a new role on the fly.

The Knicks have played Frank Ntilikina off the ball more lately. When asked if there are shooting guards he likes to watch film of to prepare for the role, he mentioned Toronto’s DeMar DeRozan.