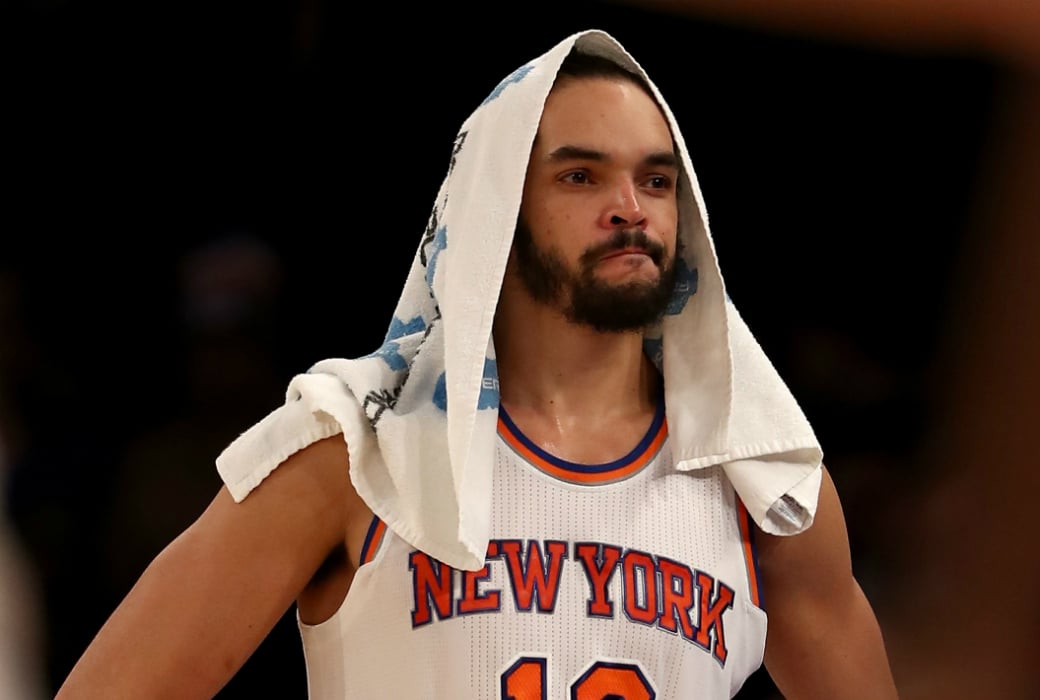 The long Joakim Noah–Knicks standoff has finally come to a close.

Noah signed a four-year, $72 million deal back in 2016. After countless rumors regarding his future, the team ultimately pulled the plug, waiving him on Saturday. New York can now spread out the remaining $37.8 million on his contract over the next three seasons.

The 33-year-old Noah isn’t done yet, though. He was putting in work over the summer with his trainer:

Noah, who will become an unrestricted free agent after clearing waivers next week, has averaged 8.9 points and 9.3 rebounds throughout his 11-year career.

RELATED
The Knicks Have ‘Moved On’ From Joakim Noah