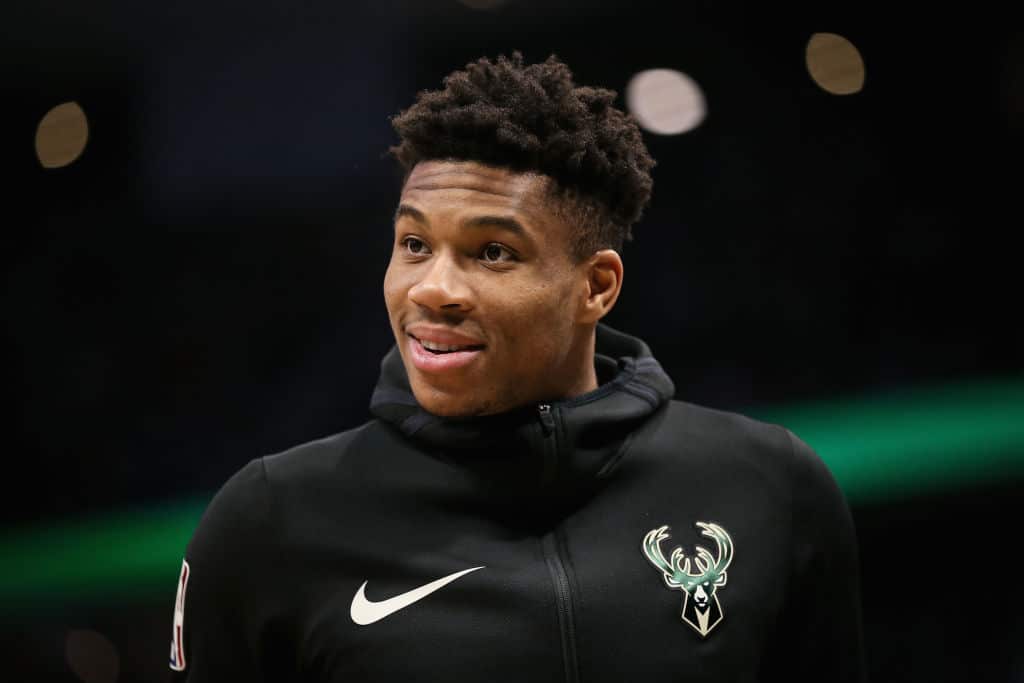 Giannia Antetokounmpo is “just scratching the surface” of his potential, according to Kobe Bryant.

Kobe knew Giannis was special, and it was cemented when the 24-year-old showed up early for their workout last summer and took copious notes.

The Greek Freak’s breakout season hasn’t come as a surprise to Bryant.

Giannis Antetokounmpo is a leading candidate to win league MVP. What are your impressions of the “Greek Freak” and does his focus and intensity remind you of yourself?

KB: “Giannis came to work out with me this summer and he showed up one-and-a-half hours early. We talked for 20 minutes before we worked out and he whips out a notepad. What the … he starts taking down notes. ‘What about the footwork here? What about the coverage here?’ And he’s writing them down. After practice same thing; he sits down, and we talked for like an hour. We talked about coverages and defensive match-ups that gave him problems. He just sat there and took notes. And he studied and studied so I’m not surprised at what he’s doing. He just has the mentality of he’s just getting better all the time. He’s just scratching the surface.”

Who is the best in the game today?

KB: “You know what, everybody has this conversation about who’s the best. The question to ask is does it matter? No. What matters is what? Winning championships. That’s the only thing that matters. You can sit here and debate until you’re blue in the face about who is the best. What you cannot debate is who is the champion at the end of the year. Period. Bill Russell is the greatest.”

Related
Giannis Antetokounmpo: ‘A Lot of People Say That I Can Be the Face of the League’