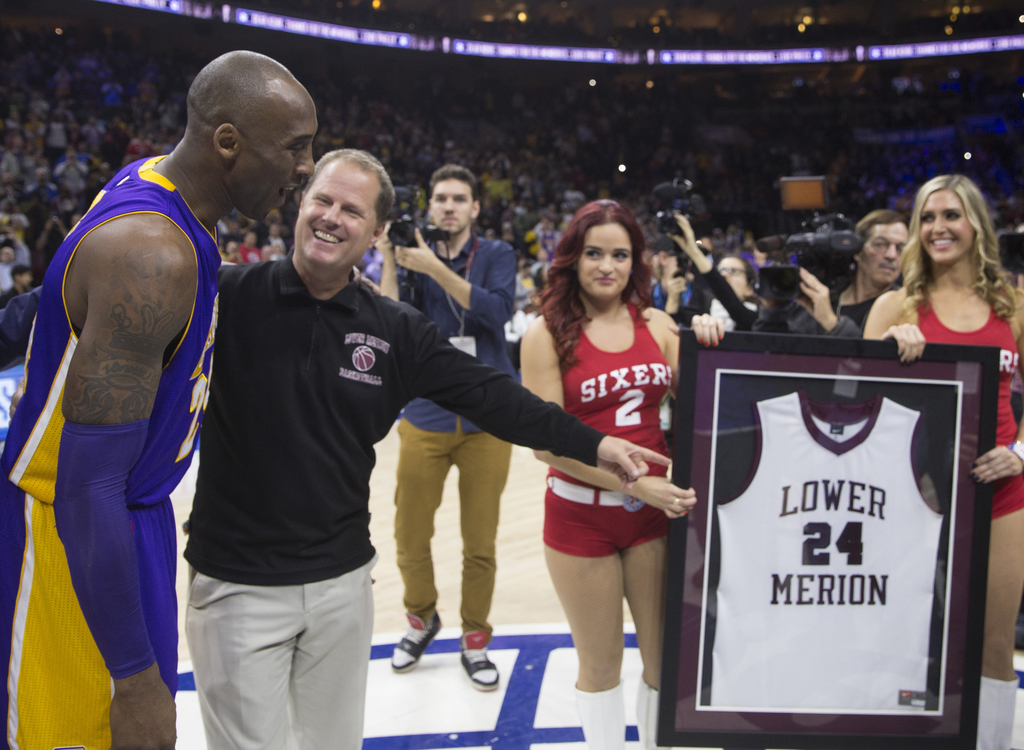 Lower Merion High School announced that “thieves broke into our school and stole a number of items from the Kobe Bryant display case outside the Bryant Gymnasium.”

Current status of the Kobe case at Lower Merion: pic.twitter.com/TwNxomCggz

The Black Mamba’s framed high school jersey is one of the keepsakes that was taken in the theft.

No one was harmed during the Sunday night burglary.

“It’s a replica jersey, it’s not even the jersey he wore in high school,” said Young, a high school teammate of Bryant. “I’m not sure what someone would do with a state championship trophy. For us, the items are important because they represent some really wonderful memories.”