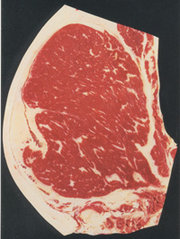 Kobe Bryant stood there, ala MJ, sticking a palmed nerfball out in front of an imaginary defender. Ryan Jones, open right next to the nerf basket, continued to clamor for the ball. “Um, Kobe. I’m open.”

“I see you,” Kobe said, his voice calmly echoing the purposeful nonchalance that defines him. Kobe didn’t pass the ball; instead he drilled a nerf fadeaway off the window.

It kind of went downhill from there…

Up until that point, it had been a good afternoon/evening. It was late summer, so everyone else had bounced. But Ryan, geeked from a follow-up to his eye-opening Kobe interview of the previous spring, stuck around because Kobe always wanted to check out the SLAMDOME. It would be Kobe’s most memorable dome until the fateful day with the psychotic white chick in Colorado.

Ryan and Kobe had kept it light. They wondered whether AC Green was actually just a suicide bomber in disguise that wanted to sleep with many virgins in heaven instead of he himself being just one virgin.

They wondered if any living rappers had actually sold cocaine.

Ryan found it ironic that Kobe had Kylie Minogue’s “Can’t Get You Out of My Head” stuck in his head, yet he couldn’t remember the name of the song.

“You mean, “Can’t Get You Out of My Head; is that the song you’re referencing?”

And so it went…

Kobe shot bank shots off the ceiling, defying physics. Ryan remarked that he was amazed that nerf baskets could be made after, “it shot up that high.”

They talked about life goals. Ryan wanted to raise a family and be a good role model for his future child. Kobe wanted to be the emperor of Chad. No doubt, it made for interesting conversation; witty banter flew across the room like Leandro Barbosa.

Kobe taught Ryan how to say, “Triple-pump-fake-fadeaway-jumper-while-ignoring-teammates,” in Italian.

They talked about bland sportswriters and how silly it is that people buy into weekly power rankings. Kobe made a fascinating point about Jim Gray’s lips.

Ryan, showing incredible foresight, figured that if any terrible quarterback turned terrible ESPN analyst would get himself suspended for taking pictures of his penis with his cell-phone and then sending them to female co-workers, it would be Sean Salisbury.

They talked about underrated cities. Ryan went on and on about Altoona, Pennsylvania. He had heard that the strippers in Altoona smell like the perfect combination of windex, burnt cigarettes and stale oatmeal. Kobe said he loved that rocky mountain air, and would one day like live there and promote Coors, his favorite beer.

“Don’t you mean your favorite water?” Ryan shot back.

And so it went…

After showing off, sinking nerf into plastic twine like it was nothing, Kobe was feeling himself. “So who’s your favorite player right now?” Kobe asked. With every millisecond Ryan took to think, the shit-eating grin on Kobe’s face grew excrementally.

Ryan swallowed hard before answering the question at hand.

“You-You-Your favorite player is Shaq? You can’t be serious.”

“Well, I like what he brings to the table and I like the way he carries himself. I have an affinity for immovable, dominant big men that don’t give a fuck what other people think.”

“For real?” Kobe said, his voice cracking with insecurity. He took a long pause. “Come on. You know what I think?”

“I think I’m your favorite player.”

“I THINK YOU CAN’T HANDLE MY THUG!”

“What thug, Kobe? You’re not thuggish. You barely maintain a rugged façade. Come on dude, this is your boy. You can’t fool me. And you can’t fool others. No more mind games.”

And with that, Ryan Jones kicked Kobe Bean Bryant out of the SLAMDOME and imposed a lifetime banishment for unauthorized, inappropriate (serious) use of the phrase “Krazy Mad Moves.”

The banishment was lifted after Kobe agreed pose with a snake for the cover of SLAM 97. Ryan actually apologized, but only after reminding Kobe that people that speak the phrase “Krazy Mad Moves,” in his presence usually end up battered or banished.

Actually, the real reason Kobe switched to 24 is because 8 is krazy, and krazy is too close to “mad moves” for comfort.