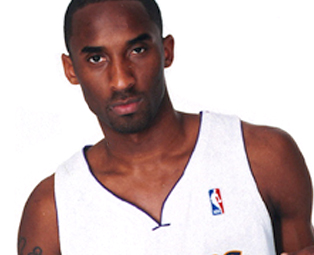 Another sloooow summer day in the NBA.

Off-topic here, but anyone else notice last night on ESPN how all the breaking news items on their bottom line were credited as being reported by the actual newspapers breaking the stories, as opposed to by the various ESPN personalities who would forerly read the reports in the newspapers and then re-report the news? I couldn’t believe my eyes.

Also, don’t forget about tonight’s SLAM Radio with our special guest Chris Paul. We’re on from 8:00-10:00 p.m. EST, and you can listen to us live here.

• Former Blazers blogger Eric Marantette has been hired away from The Oregonian by…Kobe Bryant?

• Quick: Name the family that has brothers currently playing in both the NFL and NBA. Bet you didn’t guess this family.

• Boris Diaw says his trip tp Africa opened his eyes. He’s also negotiating with the Suns, though they sound a few million apart. (Meanwhile, Mike D’Antoni’s saying the Suns should win the title this season.)
• The Pistons are adding valuable experience to their staff by hiring Dave Cowens away from the WNBA, where he led the Chicago Sky to a sparkling 5-29 record last season. “I’m just so glad to get out of that friggin’ league,” Cowens didn’t say. I always liked Cowens because when he was playing for the Celts he once spent a day driving a cab.

• Who wants a new arena? The Orlando Magic, that’s who. The problem now is all tied up in the economics of everything — the city wants the Magic to pay up, the Magic won’t say how much they’ll pay.