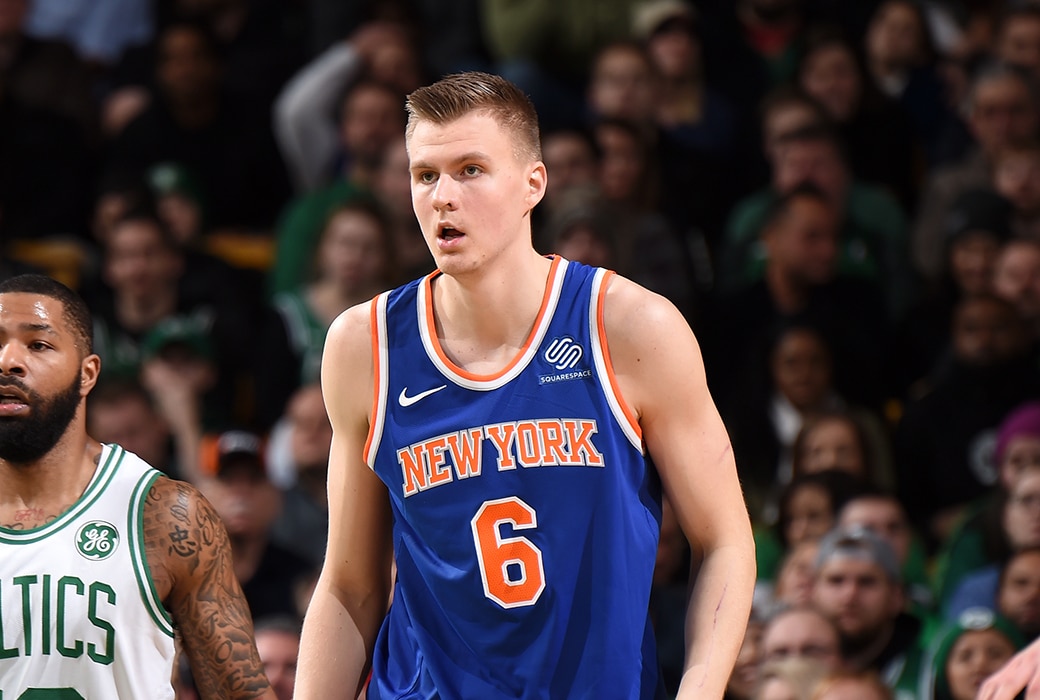 Kristaps Porzingis met with Knicks management to express concern with the franchise’s direction and seek clarity on his role, per ESPN’s Adrian Wojnarowski, Zach Lowe and Ramona Shelburne. He reportedly left the team with the impression that he prefers to be traded:

Kristaps Porzingis left the Knicks with the impression that he prefers to be traded, league sources tell @ramonashelburne and me. Knicks are expected to commence discussions on moving him ahead of next Thursday's deadline.

According to Wojnarowski, the Nets, Clippers, Heat, Spurs and Raptors are among the teams expected to pursue KP in a deal.

The trade deadline is Feb. 7.