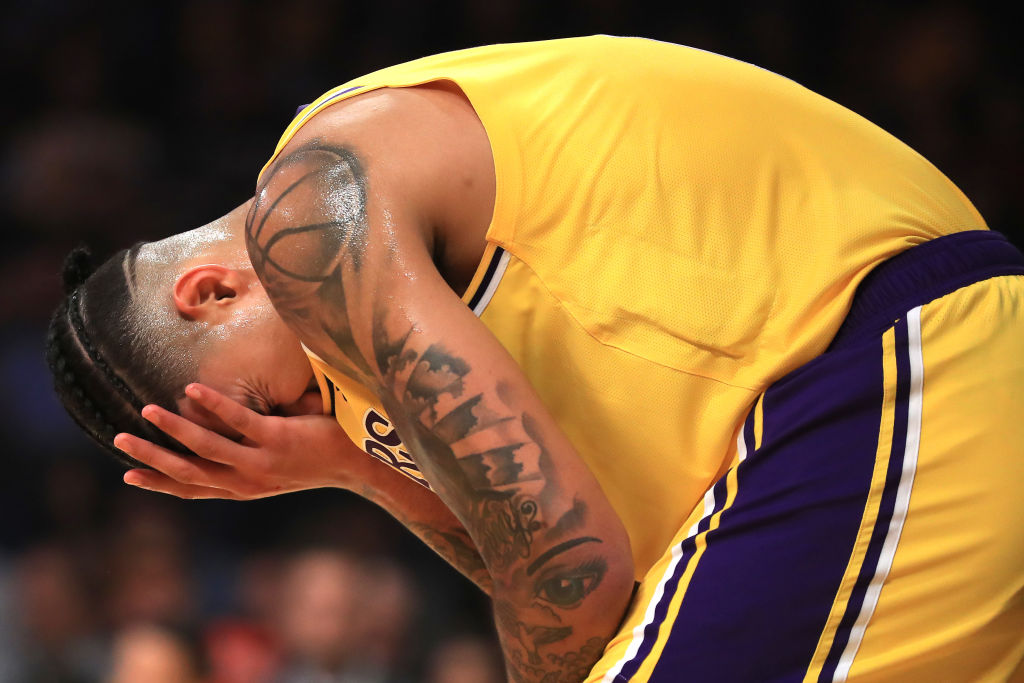 The Los Angeles Lakers got just nine minutes of action out of Kyle Kuzma before he was sent to the locker room with an eye injury but it appears as though the 24-year-old avoided serious damage.

Mike Trudell of Spectrum SportsNet reports that the Lakers opted not to play Kuzma after he suffered the abrasion but notes that the medical team technically did clear him for a return if needed.

Kuzma took an accidental elbow directly to the right eye during during the team’s Tuesday night victory over the Oklahoma City Thunder and was bleeding around his eye and nose.

While there’s no official declaration about Kuzma’s status heading forward, the fact that he was technically cleared to return to the contest in which the injury occurred bodes well for Lakers fans.

Kuzma has averaged 13.1 points and 3.9 rebounds in the ten games since he returned from a stress reaction in his foot.