Kyle Kuzma: ‘I’m Still Going to Get My Game Off Regardless’ 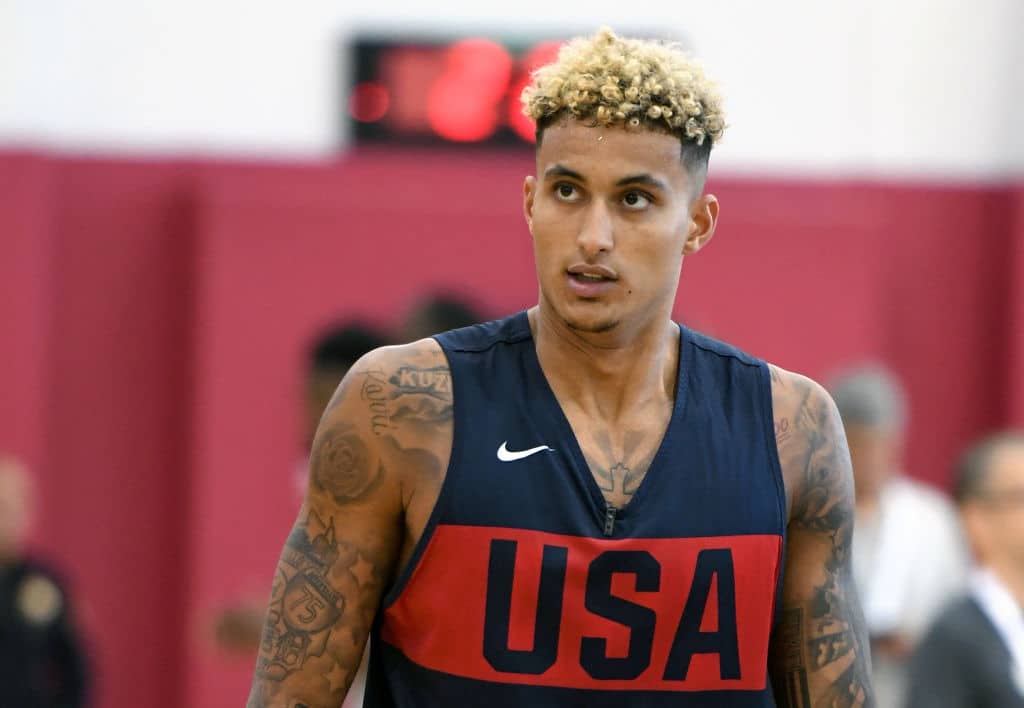 Kyle Kuzma vows to get his “game off” in Los Angeles regardless of who’s on the floor next season.

Kuzma, 24, is determined to be “that third guy” for the Lakers.

“Bench, whatever, I’m still going to get my game off regardless,” Kuzma told The Athletic. “My past two years, I’ve come off the bench every single year. I just proved myself and made it known that I’m a player. A coach’s job is always to put the best players on the court, and that’s what I’ve showed the past two years.

“I’ve started the year coming off the bench, and just prove myself. I’m always going to find my way no matter who’s on the court. I think every time I step on the court, I’m one of the better players on the floor. For me that’s always been my mentality. I’m never worried about things that I can’t control.

“My mindset develops every single day being around guys, having a relationship with LeBron. That gives me more confidence, the wisdom that he gives. Being around Magic Johnson and Kobe [Bryant]. Everybody. It grows and grows, matures and creates that mindset that defines you.”

Once Leonard decided he would not be part of a Big 3 with the Lakers, an opening emerged — for which Kuzma believes he has prepared himself.

“My motivation is there to be that third guy,” Kuzma said, “for the simple fact that playing with LeBron, with AD, I got high dreams for myself to do some pretty special things in my career. So that’s motivation in itself. It’s a testament to my work ethic and laying down the groundwork for my past two years being in the league. From an individual standpoint, I have to focus on myself. I’ve had a chip on my shoulder my entire career, so I’m ready just from that standpoint. It won’t change.”

Related Kyle Kuzma: ‘I Am Capable’ of Being Third Superstar for Lakers