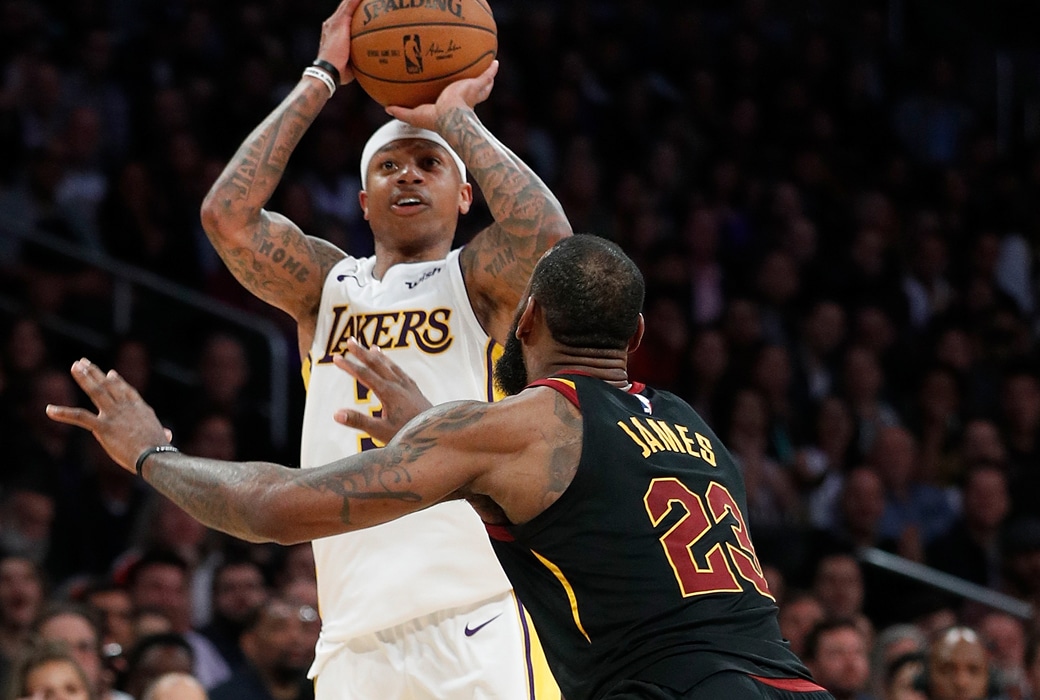 While Isaiah Thomas claimed it wasn’t a revenge game, Kyle Kuzma revealed that Isaiah was “trying to kill” the Cavs during the Lakers’ 127-113 win on Sunday.

Speaking to reporters on Monday, Kuzma said Isaiah was barking at Cleveland’s bench every time he scored (starting at 2:00):

“He was barking at Cleveland’s bench the whole time, every time he scored.” […]

“He was only there for 15 games, but it was good to see him try to kill them. We have a saying: Your last team, they didn’t want you.