Kyle Lowry and Masai Ujiri Had a ‘Well-Needed Conversation’ 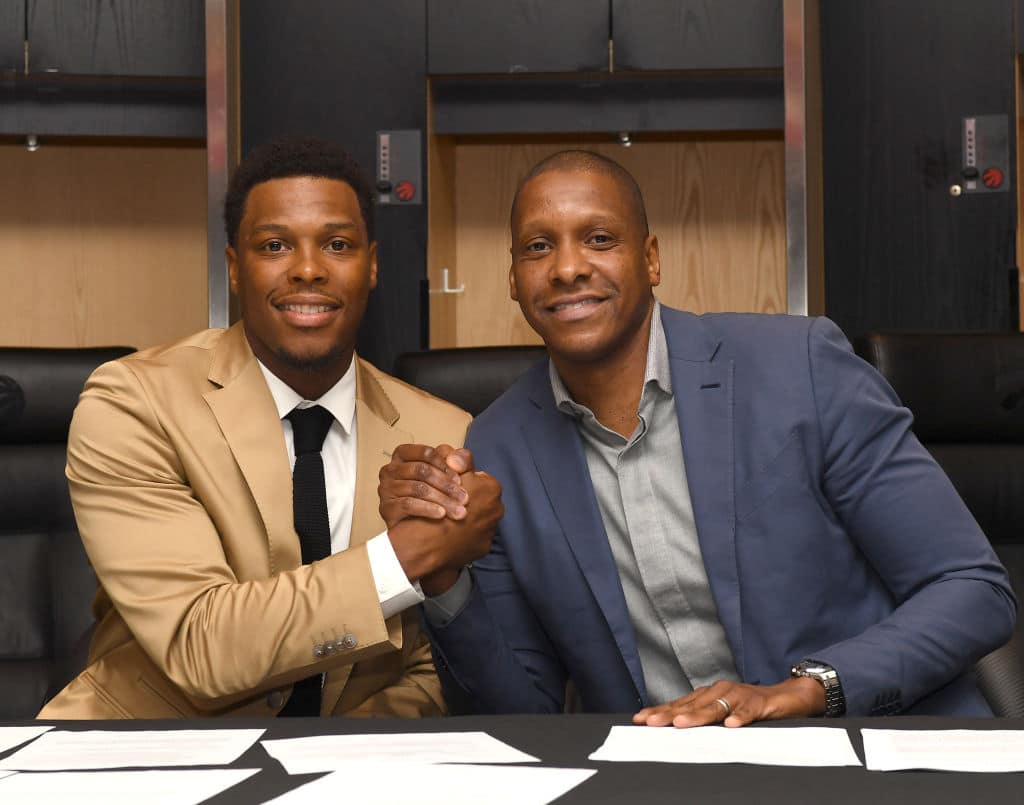 The 33-year-old point guard said the conversation, which took place just prior to the Feb. 7 trade deadline, was largely about “getting on the same page” with the front-office.

“It wasn’t a ‘Fuck you, fuck you.’ It wasn’t me asking, ‘Hell, you want to trade me?’ At the end of the day, he’s going to make the decisions, right? I’m going to play no matter what it is. It was about making myself the best player that I can possibly be and getting on the same page about what he needs from me to be the best player — and vice versa. Just getting on the same page.”

Ujiri told reporters after the trade deadline that Lowry had been aware of trade conversations that involved his name; notably scenarios discussed with the Memphis Grizzlies that included Mike Conley Jr. and Marc Gasol.

“You dwell on things that you don’t need to dwell on, and it makes things worse,” Lowry said. “You have a conversation, you figure things out, you talk about it, and you move on. Shake your hands, and you go about your business. It worked out for the both of us, worked out for everybody. At the end of the day, he is the president of basketball operations and I am a player. Those are our roles. People take that the wrong way, but that is very much the truth.”