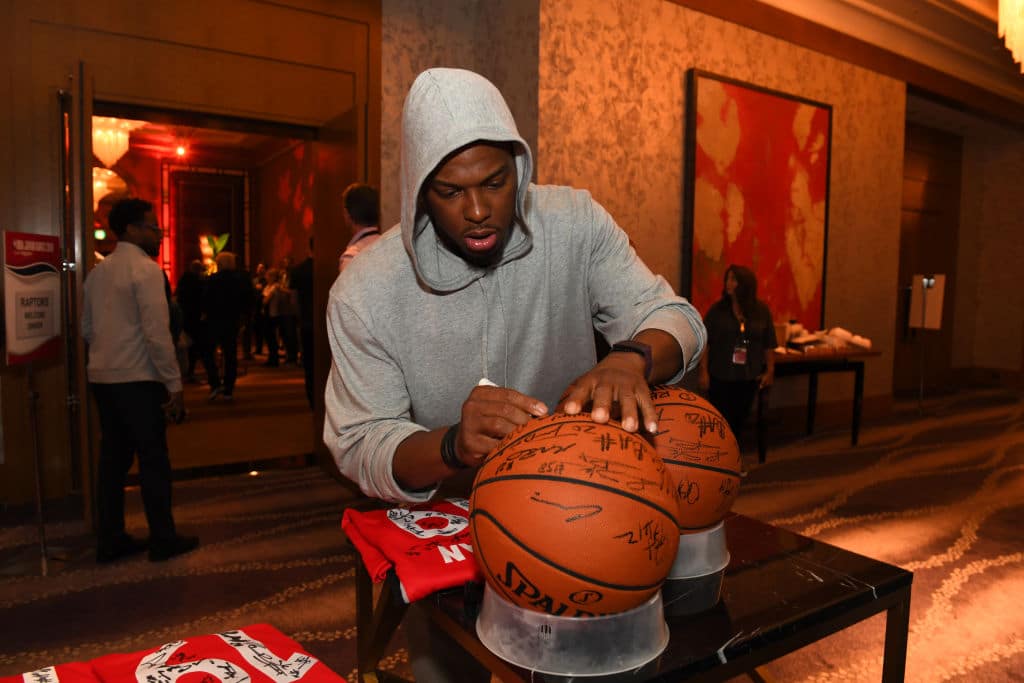 The Toronto Raptors inked Kyle Lowry to a one-year contract extension earlier this month. Now, ESPN’s Adrian Wojnarowski reports that one of the reasons why the Raps extended the deal was to make him a more palatable trade target.

Wojnarowski spoke about Lowry’s trade value on Zach Lowe’s podcast and the pair zeroed in on the 33-year-old point guard’s appeal in comparison to Chris Paul. Even with the contract extension, Lowry’s deal is shorter and cheaper and he’s a capable contributor off the ball.

For those reasons, Lowe wonders if the Raptors could drum up a bidding war for the veteran should their own 2019-20 campaign not go as well as they hope. To that effect, Wojnarowski notes that between Lowry, Marc Gasol and Serge Ibaka, there could potentially be a trade exodus from Canada at the deadline.

Given the 14.2 points and 8.7 assists per game Lowry posted in Toronto’s championship season last year, it’s not hard to see why contending teams looking for an additional star may be motivated to deal for him.