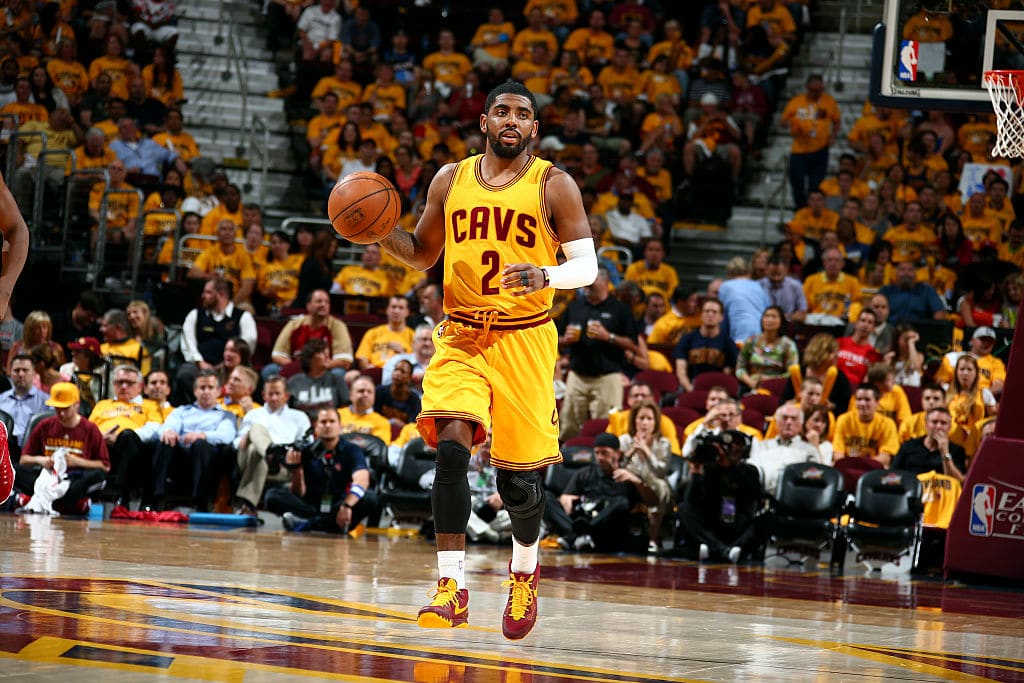 Cavs rookie Collin Sexton will rock Kyrie Irving‘s old No. 2 jersey next season, something Uncle Drew has no problem with.

Kyrie knows what he accomplished in Cleveland will never be forgotten.

“Go ahead, do what you do. He wanted to wear the number, let him wear the number. It doesn’t matter,” Irving said during a Q&A with reporters in Manhattan to promote his upcoming movie, “Uncle Drew.”

“The story is probably going to be the number. But I’m more excited about who [Sexton] is as a player in the league,” Irving said. “The number thing is like, just chalk that up to the game. It’s cool. It’s no hard feelings from my end. He just has to start at the chopping block just like everyone else did. So I’m excited for him.”

The Cavs selected Sexton in the draft last week with the No. 8 pick that they acquired in the Irving trade with the Boston Celtics last summer. Sexton has said that he doesn’t feel like he’ll have to live up to expectations created by Irving.

“The history, it’s already captured, man. I was on one of the best teams in NBA history, in my opinion, just accomplishing something that was that much bigger than ourselves,” Irving said in reference to the 2016 NBA champion Cavaliers. “A feat that’s — we’re one of no other teams. We’re one of one, in history [to rebound from a 3-1 NBA Finals deficit]. So for me, I think the biggest thing is giving that jersey [he wore in Game 7 of the 2016 NBA Finals] to my dad. If that’s where the No. 2 legacy ends, then cool. Then I’m starting up a new one. No pressure for anyone else.”