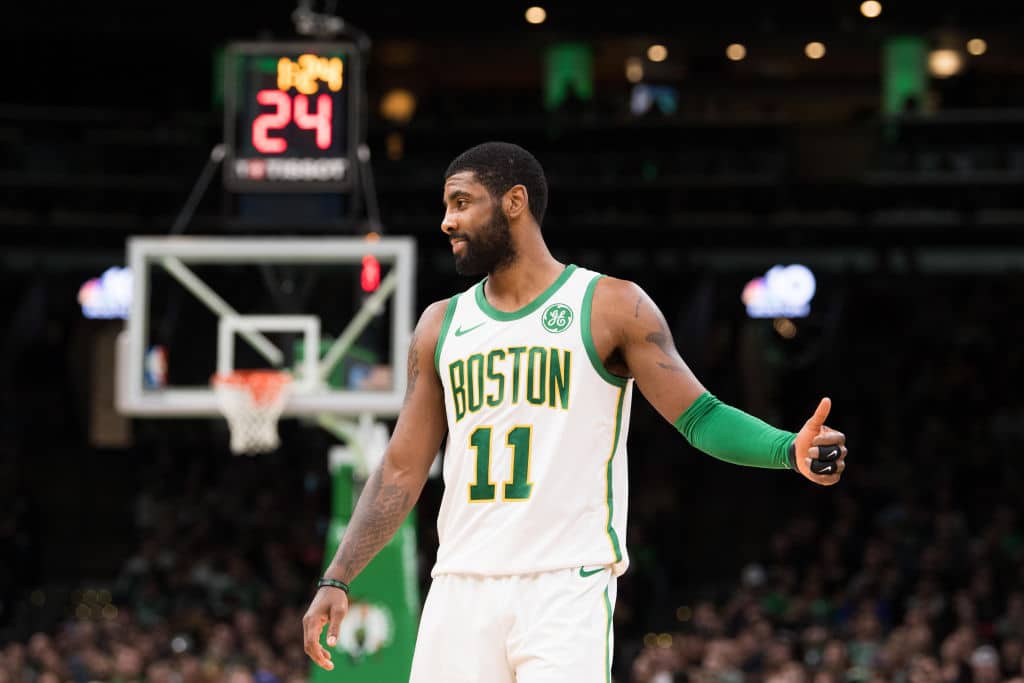 Kyrie Irving made it clear Wednesday night that he will not be celebrating Thanksgiving today.

Irving, who is part Native American through his late mother, Elizabeth Larson, loathes the holiday for what it represents to his people.

Kyrie Irving, who is part Native American through his late mother, isn't a fan of tomorrow's national holiday. "I don't celebrate Thanksgiving…Fuck Thanksgiving."

Kyrie was in an especially foul mood after the Boston Celtics fell 117-109 at home to the visiting New York Knicks and are now 9-9.

The All-Star guard clarified Thursday morning that he was speaking out of frustration.

Meant no disrespect to the Holiday and those who celebrate it respectfully. I’m grateful for the time We all can share with our families. We are always ONE. 🔺👁

“This is the NBA. Fans deserve to see a great show,” the Celtics guard said. “They deserve to see balls going in the rim and us getting stops. Kind of Celtic Pride plays. I understand what you’re saying in terms of it being TD (Garden) but they expect us to play hard. And we deserve that as players and our coaching staff and everyone.”

Irving and his sister Asia spent a day with his mother’s tribe, the Standing Rock Sioux, last August, and was given the name Hela, which translates to Little Mountain.

So when asked about Thanksgiving last night, Irving not only wanted none of it. He cursed the holiday, saying, “I don’t celebrate Thanksgiving. (Expletive) Thanksgiving.”