Kyrie Irving: Gordon Hayward ‘Passing a Little Too Much’ 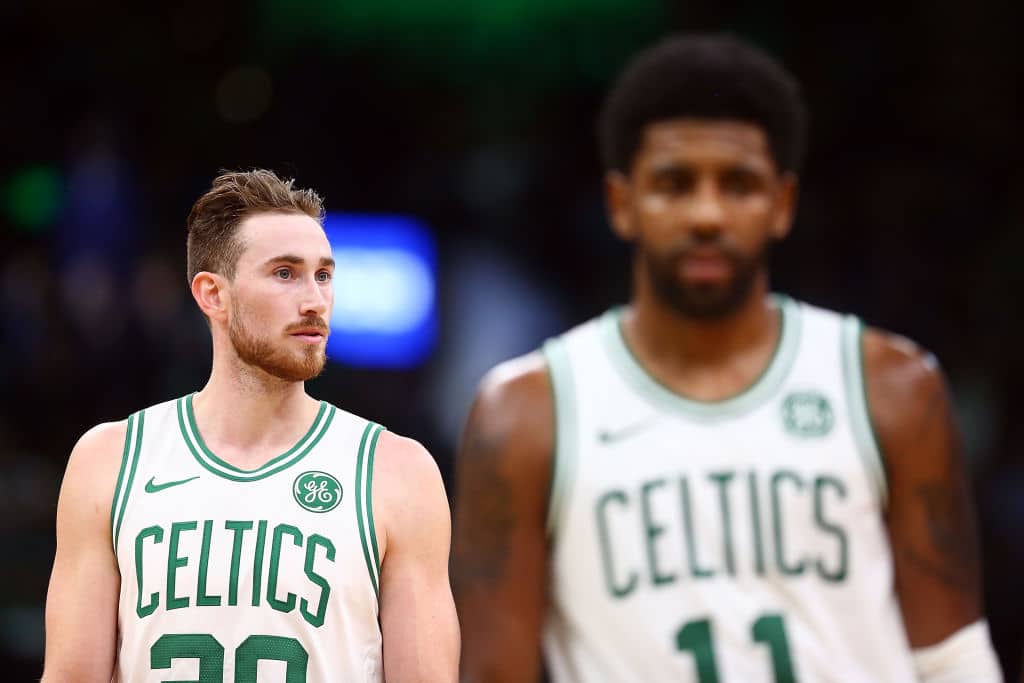 Gorgon Hayward is “passing a little too much,” according to teammate Kyrie Irving.

Irving pulled Hayward aside during a team practice and told him to start firing up some shots.

"Look for your shot more. Get aggressive and get yourself going because you are a great talent in this league and I don't want you to ever forget that.”

Hayward is coming off a devastating leg injury from last season, and averaging 10.1 points, 5.4 rebounds and 3.2 assists through 21 games so far this campaign.

Hayward, though, is also settling in as the primary facilitator on the Celtics’ second unit – at least if Brad Stevens’ most recent tweaks to the rotation are any indication.

“As far as from a chemistry standpoint that’s our whole team building that – not just one, two or three people,” said Brad Stevens. “That’s 15 people building chemistry. And then the physical side is what it is. He was really good in practice yesterday, made a lot of very aggressive plays at the rim, and that’s a little bit of a next step. We’ll see how that translates. But he’s doing everything we could have asked. He’s been through a lot. At the end of the day he’ll be better in Game 40 than he was in Game 20, and 60 than 40 and so on.”

Said Marcus Morris: “G’s an all-around player. He can create for himself, create for everyone else. I wasn’t at the elbow but I was getting a lot of those skip passes from G. I don’t want to be at the elbow because I know he’s going to pass it and I want to be ready. Obviously he’s a veteran like myself, he understands the game, he makes the right plays, and it’s good to see him get the ball in his hands and get going downhill, and just creating for himself and everybody else.”