Kyrie Irving: ‘I Still Don’t See Anybody Beating Us in Seven Games’ 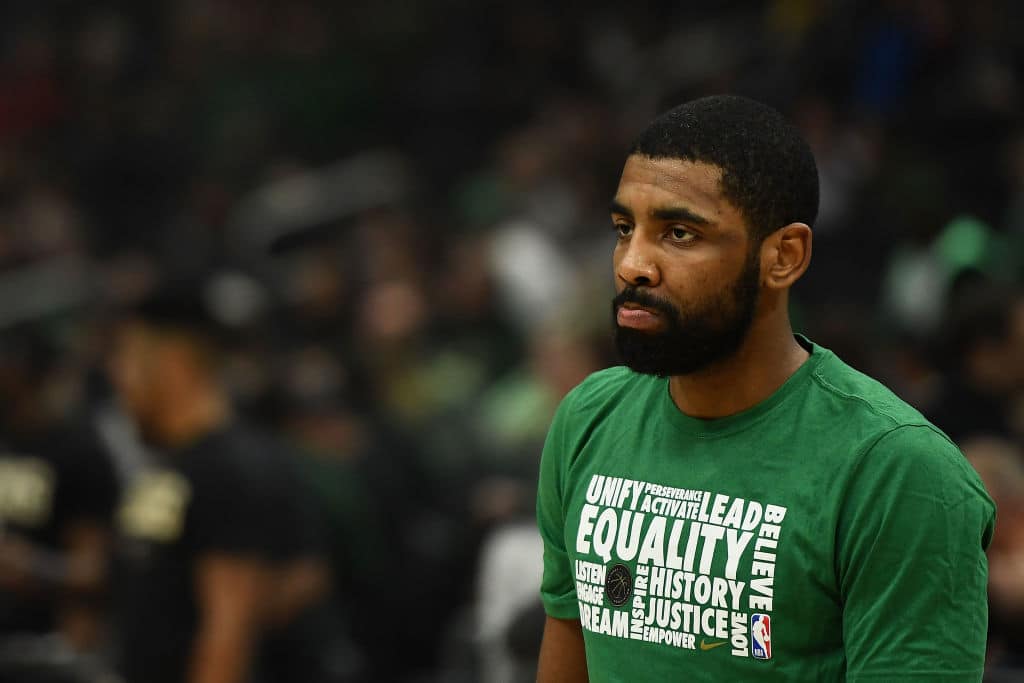 Despite a disheartening road loss to the tanking Chicago Bulls on Saturday night, Kyrie Irving says he can’t fathom anyone beating the Boston Celtics in a seven game playoff series.

And why is Irving so confident?

And he’s not concerned the struggles could last into those playoffs: “Nah, we’ll be fine.”

Why? “Because I’m here,” Irving said.

And while it seems that player-for-player they should have more than enough to avoid potholes like this, the disappearance of a concerted two nights after going toe-to-toe with conference leader Milwaukee has to be both frustrating and confounding.

“That’s a choice that we all have to make,” said Irving. “As a team, as a collective, I know we all have winning at the forefront of our mind — at least I hope so. And you just go about it every single day, the way you prepare and go out into the game and the lineups that we have and what we’re doing, you’ve just got to be able to adapt. And in this league, the teams that adapt the quickest or they adapt at the right time are successful in the playoffs.

“So we’re still waiting for that thing to click. We’ve gone on eight-games, six-games, four-games winning streaks, and then we’ll hit a lull of three games and then we’re back answering questions like this. So it is what it is. I don’t get frustrated about this stuff anymore. It’s just part of the regular season. In the playoffs, when we can plan for a team, prepare for a team, I still don’t see anybody beating us in seven games.”