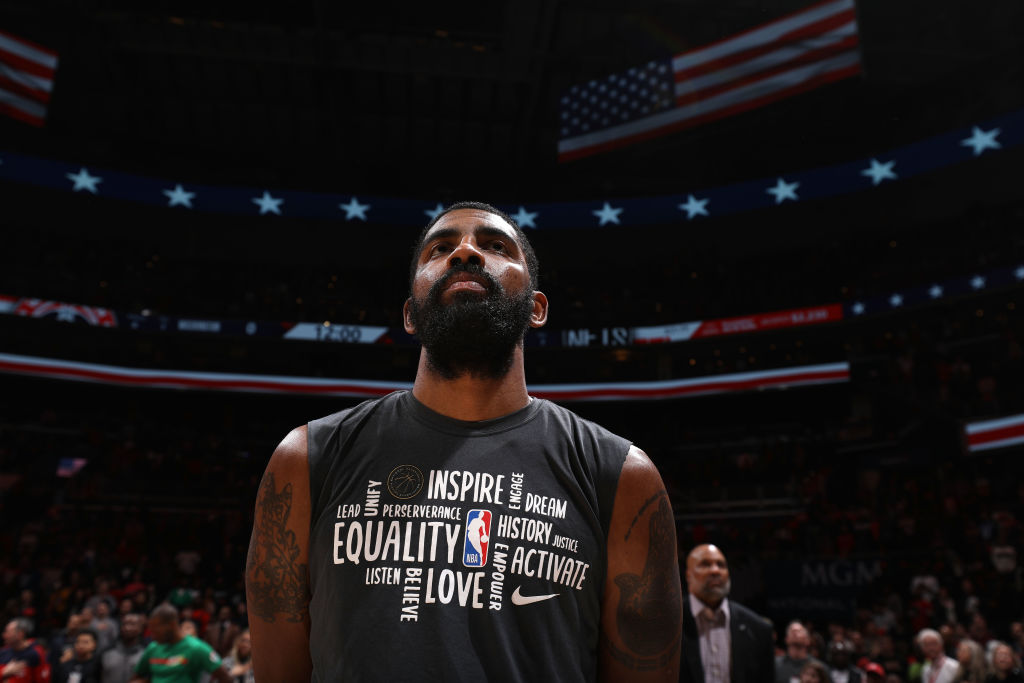 Brooklyn Nets’ star point guard Kyrie Irving has long been one of the NBA’s most enigmatic and eccentric characters.

Yet, while he’s constantly criticized for his opinions (such as when he said he wasn’t sure if the NBA should resume play during the COVID-19 pandemic and civil unrest), he’s also one of the most noted philanthropists in the league as well.

While the reality created by the coronavirus was still new, Irving took it upon himself to donate to various charities that would benefit essential workers and the families most effected by the economic recession. He even went as far as to pay $1.5 million to WNBA players who opted out of the 2020-21 season to cover their salary.

On Monday, the NBA world learned that Irving has also purchased a home for the family of the late George Floyd, thanks to former NBA wing Stephen Jackson. Appearing on Etan Thomas’ The Rematch podcast revealed that Irving—along with public figures like Lil’ Wayne and Barbra Streisand—have reached out to help his late friend.

Irving’s compassion has proven itself to be one of his best characteristics and his philanthropic efforts deserve more praise and attention than they’ve received. Furthermore, with Uncle Drew’s noted disdain for the media, one has to wonder how many more charitable acts the 28-year-old has done that the general public doesn’t even know about.