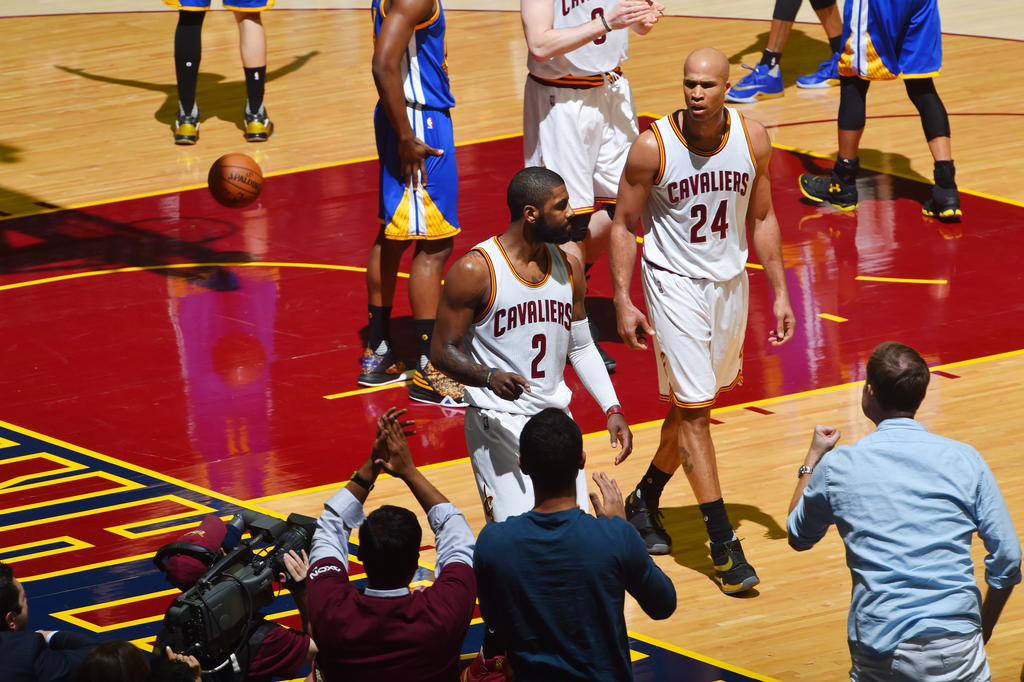 Richard Jefferson was given a technical foul for smiling and winking at Kevin Durant after dunking on him in the Warriors-Cavs classic on Christmas.

The tech, should it stand, carries a $2,000 fine, which Jefferson’s teammate Kyrie Irving has promised to help take care of.

New story: The Cavs reacted to RJ's winking tech. Ty Lue: "I'd rather he'd cussed him out" https://t.co/eDgmd1sXHI

The 36-year-old also had a monster jam over Klay Thompson, which greatly amused LeBron James.

“I was a little bit surprised by it, but I think they were trying to rein it in,” said Jefferson, whose dunk on Durant started the Cavs’ comeback from down 14 points. “The only thing I said to [referee] Sean [Corbin] was, given everything going on out here, a little look and smile and wink [is innocent]. There’s no screaming, there’s no yelling, there’s no fist pumping, there’s no nothing. Just a smile and a wink to another competitor. And KD wasn’t even offended. It’s not like KD said something back to me or felt like it was like, ‘Hey! Hey!’ There was nothing. But again, I respect the referees and the job they have to do.”

LeBron James said he believed the tech would be rescinded by the league, while Cavs coach Tyronn Lue was OK if the penalty stands. […] “You should get a tech if you wink,” Lue said with a laugh. “I’d rather he’d cussed him out or said something like that. If you wink, you should get a tech, yeah, for sure.”

Cavs guard Kyrie Irving vowed to help chip in to pay for the $2,000 fine from the league should the T hold up. […] “Kyrie has been paying so much money for me, I don’t know,” said Jefferson. “He’s been paying all these fines. I’m going to see what I can do to try and get it negated. But that’s why you have good teammates.”